Pyramids: Abdullah Al-Saeed is not for sale and continues with us..... 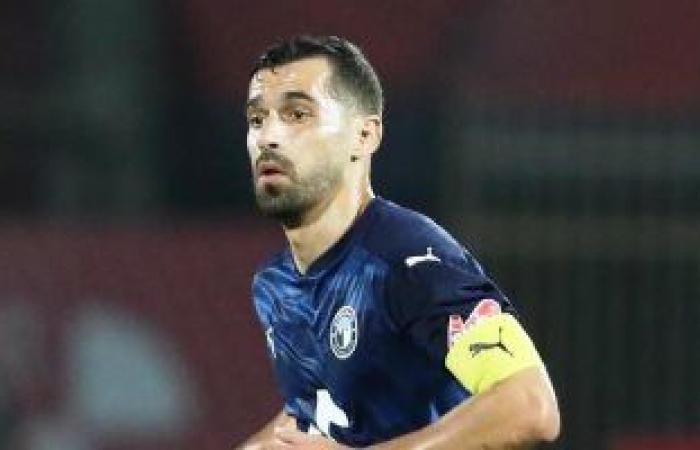 Mamdouh Eid, CEO of Pyramids Club, ended the controversy surrounding Abdullah Al-Saeed’s departure from the Zamalek club, saying that the player was not for sale and we did not enter into negotiations to sell him.

Mamdouh Eid said during a conference introducing Ihab Jalal as coach of the team: “Abdullah Al-Saeed is not for sale and he continues with us, and there were no negotiations with Zamalek in the first place. God is the captain of the team and he cannot be dispensed with.”

Regarding Takis, Mamdouh Eid said: “In the beginning, I would like to thank Takis Junias for the period he spent, as he is one of the most prominent coaches who took on the task, and the club’s door is open to him at any time.“.

The CEO of Pyramids Club added: “Ehab Galal is one of the most prominent local coaches on the scene, and we touched his spirit and the way he dealt with the players.”.

Mamdouh Eid continued: The goal of his club is to develop and move forward and present a good image, and therefore the board of directors chose technical director Ihab Jalal to be a new coach when the opportunity arose for his presence..

He explained: “Ihab Jalal chose us because his performance and his method with all the teams he led confirm that he is a developed and thoughtful coach, and the teams he trains have a form and identity, unlike the way he deals with the players. Stage man for us.”

These were the details of the news Pyramids: Abdullah Al-Saeed is not for sale and continues with us..... for this day. We hope that we have succeeded by giving you the full details and information. To follow all our news, you can subscribe to the alerts system or to one of our different systems to provide you with all that is new.