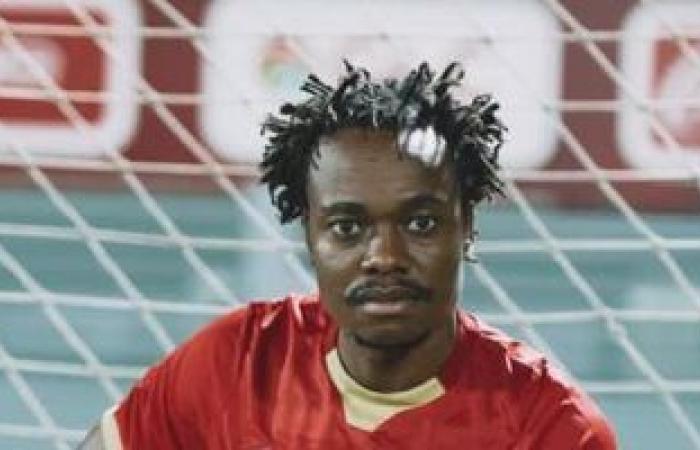 South African Al-Ahly player Percy Tao will conduct a new x-ray on the adductor muscle during the next two days to determine the extent of his response to the rehabilitation program that he is undergoing in the past days.

Al-Ahly’s medical staff is following up on Percy Tau’s position and the developments of his injury, after he underwent x-rays a few days ago and underwent a rehabilitation program with the aim of recovering from this injury that prevented him from appearing in Al-Ahly’s collective training so far.

Al-Ahly officials received calls from their counterparts in the South African team with the aim of following up on the case of Percy Tau. 2022.

Percy Tao suffers from a connective muscle injury he suffered on September 3, and needs treatment for a period of three or four weeks.

In a related development, Al-Ahly channel reporter revealed the details of Percy Taos injury, while participating in the camp of his country’s national team, the Bafana Bafana Africa, in the last camp, according to the international agenda from the International Federation “FIFA”.

Al-Ahly channel reported that Ahmed Abu Abla, head of the medical staff of the first team, confirmed that Percy Tau had been suffering from an injury to the adductor muscle since September 3.

The reporter explained that Percy Tao obtained painkillers from the medical staff of the South African team, to be able to participate in the first match with the international suspension with South Africa, and the same thing in the second match, but after the player arrived in Egypt, a medical examination was signed on him and it became clear that there was a rupture in the muscle Macrophages and hematomas.

The reporter continued that Tao was injected with plasma and a rehabilitation program was determined for the player, as he had been injured for about 10 days, suffering from a rupture, and therefore he will need treatment during a period of 3 to 4 weeks before he is medically ready to participate with the team in Al-Ahly’s group training after completing the training. Rehabilitation programme.

These were the details of the news Percy Tau conducts new x-rays in Al-Ahly to determine the developments... for this day. We hope that we have succeeded by giving you the full details and information. To follow all our news, you can subscribe to the alerts system or to one of our different systems to provide you with all that is new.