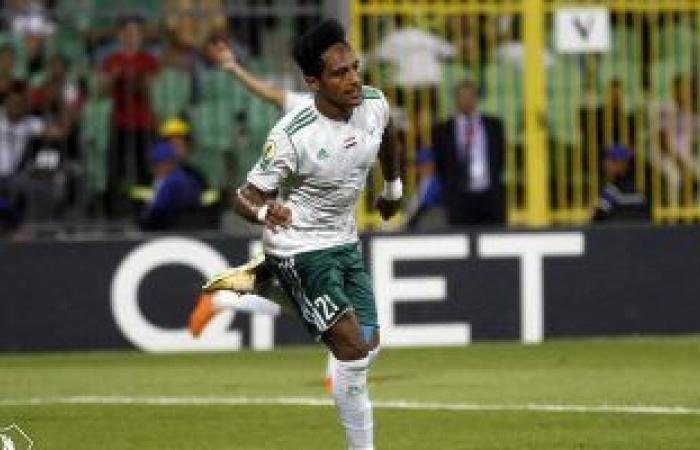 Al-Masry Al-Portsaidi club officials, headed by Samir Halabiya, rejected 3 local offers from the Egyptian League, for the departure of the team’s striker, Mohamed Abdel Latif Grindo, from the team before the start of the new season.

A source in Al-Masry confirmed to “The Seventh Day” that the administration refused the player’s departure, despite receiving 3 tempting offers, one of them from the newly emerging teams of the league, explaining that the departure of a large number of players in one season would cause a technical shock to the team, which the administration does not hope. .

The source said: “This season, we lost a number of distinguished players, led by Omar Kamal Abdel Wahed, the team’s top scorer, as well as Ahmed Gomaa, who left for the Enppi team. .

Al-Masry succeeded in concluding many deals during the past few days, led by Ahmed Al-Sheikh, the former player of Al-Ahly, Misr Al-Maqasa and Pyramids, and the newcomer to the ranks of Al-Masry Al-Portsaidi from Pyramids Club, Osama Al-Jazzar, player of the Kalba Union, Islam Jamal and Ahmed Alaa, defender of the Vanguards of the Army, and Amr Marei, the Pyramids striker, who He played on loan in the ranks of Talaa El-Gish last season, and Mohamed Balah, who joined the team from the Tunisian Friendship Club.

The Egyptian club’s board of directors, headed by Samir Halabiya, completed a season-long contract with the almighty Tunisian Moeen Al-Shaabani, in order to take over the technical management of the club’s first football team during the new football season, as Captain Moeen Al-Shaabani signed his contract with the Green Castle, accompanied by his assistant, Captain Magdi Tarawi Negm. The former Tunisian national team, in the presence of the Contracting Committee of the Egyptian Club, represented by Mr. Mohamed El-Khouli, Vice President of the club, Eng. Adnan Halabiya and Mr. Ahmed El-Shamla, members of the Council.

These were the details of the news Al-Masry Al-Portsaidi rejects 3 offers to leave Grindo for this day. We hope that we have succeeded by giving you the full details and information. To follow all our news, you can subscribe to the alerts system or to one of our different systems to provide you with all that is new.