Klopp: Mohamed Salah looks like Messi and can play for the... 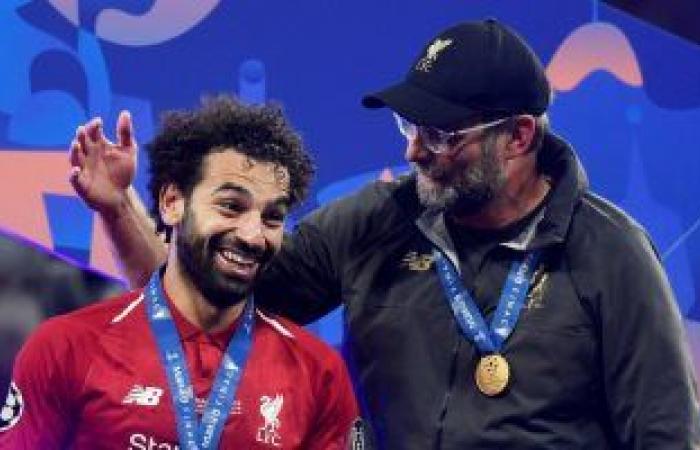 The German Jurgen Klopp, coach of the Liverpool team, believes that the Reds star, Mohamed Salah, is very similar to the Argentine Lionel Messi in physical terms, and he can play until his late thirties.

Salah, 29, starred with the Liverpool team led by Klopp for the fifth consecutive season, and since the start of the English Premier League this season 2022, by contributing to 5 goals, scoring 3 of them and making two others..

Klopp said in the press conference for his team’s match with AC Milan: “Salah has all the capabilities you need to play until the late thirties, he just needs to be lucky about injuries.”.

The German coach added: “I am absolutely sure that Salah wants to continue his football career as much as he can because of the way he looks at football.”

Klopp continued: “Salah is similar to Lionel Messi in physical terms, the same height and almost the same weight, it is related to his behavior and keeping fit.”.

And Jurgen added: Salah can easily stay at his current level for the next four years or more, and even when he retreats a little physically, he is like Messi and Cristiano Ronaldo, he can adapt and find a suitable way of playing for his condition.

And the Liverpool coach concluded his speech about his Egyptian top scorer, saying, “I’m sure he wants to make the most of every day of his career properly.”.

Liverpool is preparing to meet Milan in the opening round of the group stage of the Champions League on Wednesday.

Salah scored 128 goals and assisted 49 others in 207 games he played with Liverpool since he moved to the team from Rome in the summer of 2017..

Mohamed Salah expressed his happiness by scoring his 100th goal in the Premier League, saying in media statements: “Scoring this many goals with Liverpool is unusual, I was participating in the winger position all the time, and I think it is difficult to achieve such a number of goals.” You play in that position, but the most important thing for me is to help the team win.”

And about being one of the 5 fastest players to reach 100 goals in the English Premier League, Mohamed Salah said: “I am very happy, I scored 98 goals with Liverpool.”

Mohamed Salah is seeking to compete strongly for the title of top scorer in the English Premier League this season, to achieve his third title in a historic achievement, after the 2017-2018 and 2018-2019 seasons, and he was close to winning the title last season, had it not been for Harry Kane, the Tottenham Hotspur star, to win by a single goal.

These were the details of the news Klopp: Mohamed Salah looks like Messi and can play for the... for this day. We hope that we have succeeded by giving you the full details and information. To follow all our news, you can subscribe to the alerts system or to one of our different systems to provide you with all that is new.