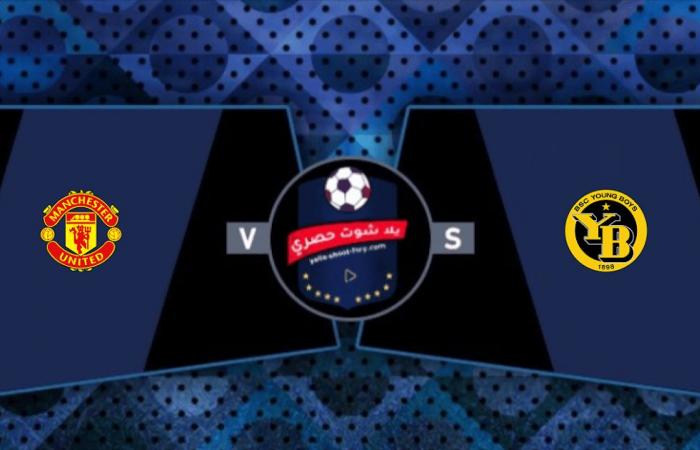 The live broadcast of the match Manchester United vs Young Boys BSC young boys vs man united Manchester United will host the Swiss team Young Boys at exactly 6:45 pm Cairo time in the match that will be held at Suez and Ankdorf Stadium in Switzerland as part of the round competitions The first of the group stage in the new season of the European Champions League, which will be broadcast live and exclusively on the first channel BN Premium, accompanied by audio commentary and a detailed description of the match in the voice of sports commentator Khalil Al Balushi.

The Swiss team, Young Boys, hopes to present an honorable representation of Swiss football, which does not enjoy a wide audience or great representation, such as the major European championships, whether in the English, German, Spanish, French, Italian leagues, or even the leagues that follow in strength, such as the Belgian League, the Dutch League and others, but Young Boys hope to change this stereotyped mental image of the Swiss League and present a good season this season. Of course, he hopes to take advantage of the ground factor and the public to play a good match in his first match of the new season.

As for the Manchester United team, coming from the English city of Manchester, in the hope of restoring its balance this season, whether at the local level in the English Premier League and other English championships, or at the continental level in the Champions League, where it hopes, after the joining of the beloved Portuguese star Cristiano Ronaldo, to present a good season that will be completed. Crowning many championships at the end of the season, whether at the level of local championships or reaching the final stages and crowning the Champions League shield this season.