Musimani is upset with the performance of Al-Ahly duo before the... 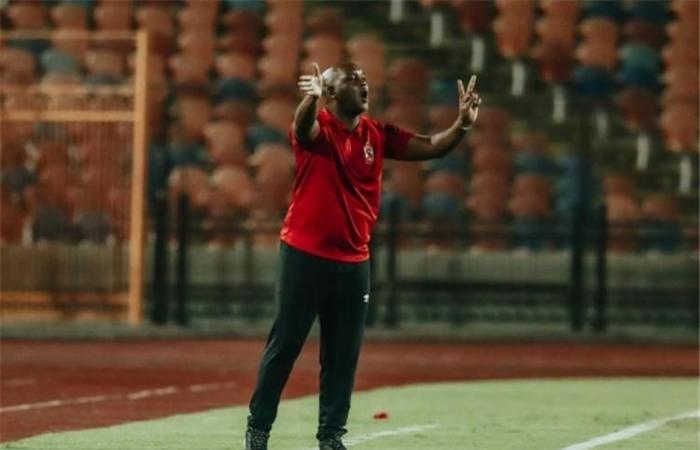 Al-Ahly club is preparing to play the Tala’a El-Gaish match, scheduled for September 21, at the Army Stadium in Borg El-Arab in Alexandria, in the Egyptian Super Cup.And the flag of “Al-Ahly Club News Site”

Ahly News“With a state of great anger dominating the South African Pitso Mosimane, due to the decline in the level of some players in the team before the new season.There is anger on the part of Pitso Mosimane due to the presence of some defects in the team’s defensive system, as Rami Rabia and Yasser Ibrahim do not perform in the required technical form.

Pitso Mosimane criticized the performance of the duo, Rami Rabia and Yasser Ibrahim, due to the very slow process of censorship and coverage, in addition to the failure to build the attack well.

For 33 million pounds, a new star signs with Al-Ahly for 3 years

– Amr El-Desouky: The Al-Naqaz deal will cause problems for Carteron in the dressing room Amr El-Desouky, the former Al-Masry Al-Portsaidi player, criticized the Zamalek club’s contract with Hamdi El-Naqaz during the current summer transfer period.

Amr El-Desouky said in televised statements via On Sport, “Contracting with Hamdi El-Naqaz will cause many crises in the confusion of Zamalek.”

He added, “Hamza Mathlouthi had appeared distinctively in the past season and regained a large part of his technical and physical level, and contracting with Al-Naqaz in the same position may cause internal problems for the French Carteron within the team.”

And he continued, “Al-Masry Al-Portsaidi’s contract with Tunisian Moeen Al-Shaabani is a wonderful decision that counts for those who thought of him, as he has great experience and capabilities at the training level.”

He continued, “Ali Maher succeeded last season in developing the performance of Al-Masry Al-Portsaidi, but at the level of results he did not succeed in being in the golden box.”

He added, “The presence of Ihab Jalal in Pyramids is a double-edged sword, as he may succeed in leading the heavenly team to win a championship, or Ihab Jalal becomes one of the coaches who have the ability to develop technically without winning championships, and therefore he must use the capabilities of Pyramids to win a title.”

He concluded, “I see that Ihab Jalal is better than Carteron and Musimani last season, after he led the Ismaili team in a distinguished manner and saved it from relegation.”

These were the details of the news Musimani is upset with the performance of Al-Ahly duo before the... for this day. We hope that we have succeeded by giving you the full details and information. To follow all our news, you can subscribe to the alerts system or to one of our different systems to provide you with all that is new.