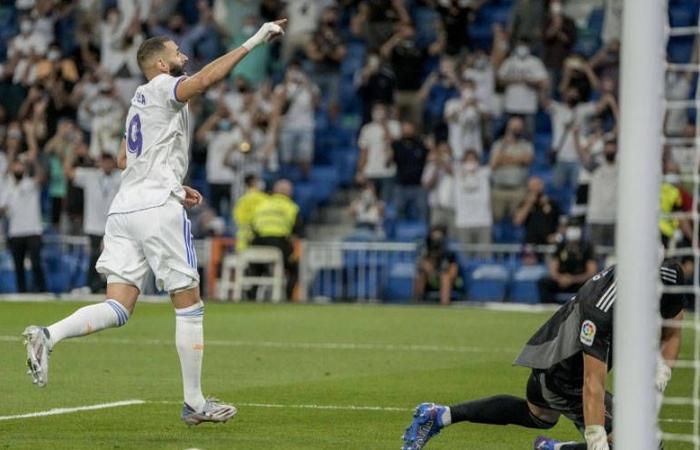 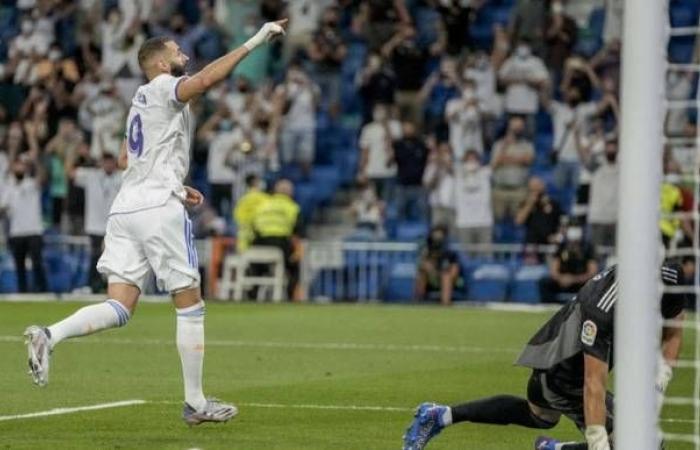 After winning the Champions League three years in a row, Real Madrid spent three years without coming close to embracing the cup again, and the task is now entrusted to Italian coach Carlo Ancelotti to return the royal club to its proper place in the prestigious continental competition.
Real Madrid reached the semi-finals last season, but were eliminated by Chelsea, who won the confrontation 3-1 on aggregate and could have scored a great advantage had their strikers not missed a number of opportunities in the second leg.
Prior to that, the Royal Club was eliminated by Manchester City and Ajax Amsterdam from the final price in a painful exit for a team that dominated the competition by winning four titles in five years, specifically between 2014 and 2018.
Four titles in half a decade, including three consecutive under the leadership of his legend and former midfielder and coach Zinedine Zidane, made Real Madrid at the top of Europe, even if its arch-rival Barcelona continued to dominate the local title.
But a creative generation has grown old and many have now left, with the departure of Portuguese Cristiano Ronaldo, legendary captain Sergio Ramos and French defender Raphael Varane, the backbone of the team, along with Zidane.
His replacement Ancelotti, who in turn returned to the club’s technical management after the period between 2013 and 2015, awaits a difficult task in regaining the Spanish League title from its neighbor Atletico Madrid, who retained all its key players, and even strengthened his squad with the return of his French international winger Antoine Griezmann on loan from Barcelona.
But the task of regaining the Champions League title seems more difficult if Meringue falls in the way of English teams such as Manchester City, Chelsea, Manchester United, or Paris Saint-Germain, all of which are strong candidates for the title this season.
The clubs of Manchester United, City and Chelsea spent about 400 million euros in the summer transfer period, as the first strengthened its ranks with Ronaldo, Varane and Jadon Sancho, the second with Jack Grealish, and the third with the return of his Belgian international striker Romelu Lukaku.
For his part, Paris Saint-Germain invaded the transfer market from all sides with international deals, most notably the legendary Barcelona international star Lionel Messi in a free transfer deal, and also included the Dutch international midfielder Jorginho Wijnaldum and the royal club’s defense pole, Ramos, in addition to his contract with Moroccan international Ashraf Hakimi. And Italian international goalkeeper Gianluigi Donnarumma.
On the other hand, Real Madrid made a profit of about 20 million euros, and compensated for his two contracts with Rennes international midfielder Eduardo Camavinga and the upcoming Austrian international defender David Alaba in a free transfer deal from Bayern Munich, by selling Varane to Manchester United and Norwegian Martin Odegaard to Arsenal.
And while PSG’s determination to keep Kylian Mbappe for at least the last year of his contract has been tested by Florentino Perez, many suspect the Madrid president was not too unhappy to wait nine months, when he could sign the world champion for free.
Ancelotti’s task now is to manage the season without Mbappe to lead the next era, led by veterans of the golden generation of France Karim Benzema, Croatian Luka Modric and German Toni Kroos.
The Italian coach counts on promising and talented players, such as Brazilians Vinicius Junior and Rodrygo in attack and young Miguel Gutierrez at left-back. And the 18-year-old showed in his first appearance on Sunday in his new club shirt, when he scored just six minutes after coming on as a substitute, that he can contribute, sooner than many think, to Real Madrid’s return to the podiums.
Also, if Ancelotti can restore Belgian international Eden Hazard to his usual form after falling due to the many injuries he has suffered since moving to Real Madrid from Chelsea, the Royal Club may have the best new deal in the group.
However, the odds are stacked against Ancelotti, as the power base – in terms of wealth, talent and tactics – moves decisively away from Spain, in the direction of Manchester and Paris.
Perhaps Ancelotti’s appointment was an acceptance of this shift: a popular coach, able to make the most of his players and confident not to ask for more.
This was evident at the beginning of the season, as the Royal Club scored 13 goals in its first four matches. “Football has changed in the past five years: it has become more powerful, more combative, more organized, even some rules have changed,” Ancelotti said.
“But the idea is always the same at Real Madrid: attacking and amazing football because that’s what the history of this club demands and the fans want.”
But as recent years have shown, winning in La Liga is not the same as winning in Europe, and Inter Milan at San Siro on Wednesday will be Real Madrid’s first test in the competition this season.

These were the details of the news Real Madrid tests their big dreams against Inter Milan for this day. We hope that we have succeeded by giving you the full details and information. To follow all our news, you can subscribe to the alerts system or to one of our different systems to provide you with all that is new.