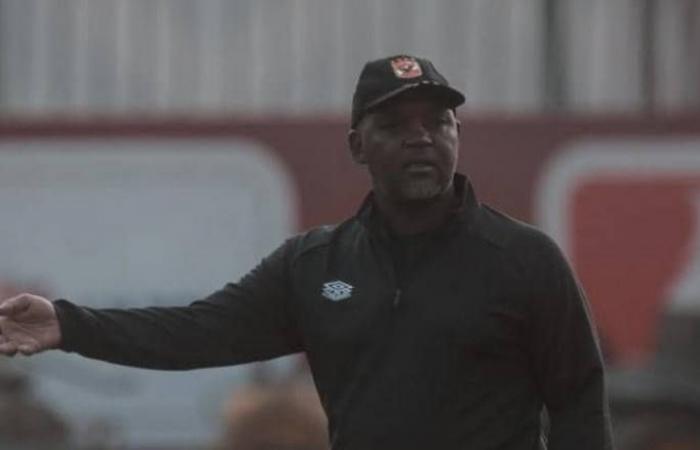 “Al-Watan Sport” website provides a daily news service to its readers every morning, which is “Bycoloa”, during which it highlights the most prominent statements of sports stars and the latest developments in the transfer market, and various files, whether related to local competitions “Egyptian League, Egypt Cup, Egyptian Super.” “, or on continental championships, or club support in the transfer market.

Schubert reveals the fate of “Genesh” with Zamalek

Captain Ahmed Schubert revealed the fate of Mahmoud Abdel Rahim Jensh, goalkeeper of Zamalek, during the current summer transfers, after he left the accounts of the French Patrice Carteron, the technical director of the White Knight, due to the famous crisis that erupted between them, indicating that his exit from the White Castle will be temporary. Gennish will bid farewell to Zamalek temporarily today.Details of the news here

The journalist Magdy Abdel-Ghani spoke about the injury suffered by Percy Tau, Al-Ahly’s latest deal, during the current summer transfer season, stressing that it is “chronic”, and despite that, the Red Genie decided to contract him: “Percy Tau suffers from a chronic injury, and despite that, Al-Ahly contracted with The player has been playing for 4 years, despite his lack of performance in the recent period.” Details of the news here

Ahmed Refaat, the Al-Masry Al-Portsaidi player, dictated his conditions for agreeing to wear the Al-Ahly shirt, during the coming period, stressing that the availability of a place for him in the coach’s accounts will be the main motive to direct his compass towards the Red Castle: “According to the timing, I must first know from the coach and the players present in My position, being in a big club without a real role is not important for me, I love being on the field in any club I play for.”Details of the news here

The journalist Ahmed Hossam Mido revealed the scenes of Zamalek’s negotiations with Ashraf bin Sharqi, in order to agree to stay and renew his contract with the White Knight, noting that the player will not continue inside the White Castle because of his arrangement of some other plans away from the Egyptian League: “Take it from me, Ashraf bin Sharqi will not sit in Zamalek, he has other plans, and it would be a miracle if he continued in Zamalek.” Details of the news here

South African Pitso Mosimane, Al-Ahly coach, is very angry about the delay in Percy Tau’s joining the Red Genie’s preparations, due to the strong injury he suffered recently, especially as it may delay the player’s harmony with the team, which is preparing for the new season: “Percy Tau’s injury will disrupt the stage The harmony of Percy Tau with the rest of the Al-Ahly players, and Tau played injured with the South African national team, and Musimani is angry because of that.”Details of the news here

These were the details of the news Home Sports | They say .. Al-Ahly player’s injury is... for this day. We hope that we have succeeded by giving you the full details and information. To follow all our news, you can subscribe to the alerts system or to one of our different systems to provide you with all that is new.