6 foreigners in the list of Zamalek for the new season... 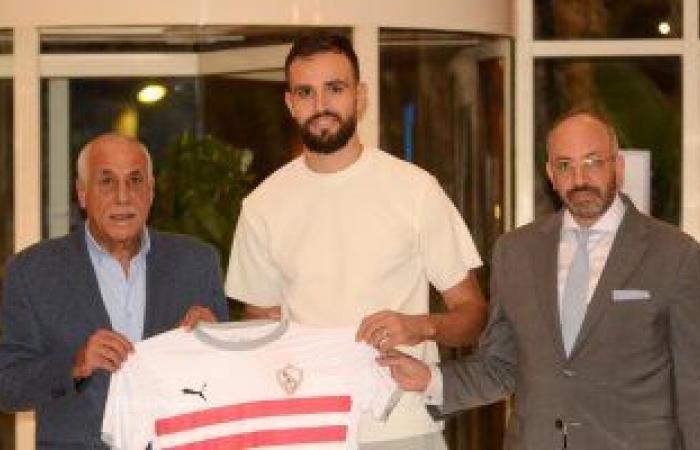 Zamalek club announced the official contract with Tunisian Hamdi El-Naqaz, the right-back of Esperance, in a free transfer deal, after signing the contracts in Cairo, in support of the ranks of Zamalek in preparation for the new season.

With Al-Naqaz joining the ranks of Zamalek, the white team includes 6 foreign players in its list, after the registration of Razak Cisse, Mohamed Onajem, Ashraf bin Sharqi, Hamza Mathlouthi and Saif Al-Jaziri in the team’s initial list.

Zamalek has become required to loan one of its foreign players, in light of the Football Association’s announcement that the number of foreigners in each team’s list is only 5 players, and it is expected that Hamdi El-Naqaz or Razak Cisse will be the closest to leaving Zamalek this summer on loan.

On the other hand, Zamalek club officials are seeking to resolve the renewal file for Moroccan Ashraf Ben Sharqi, the team player whose contract with his club expires at the end of the next season, and he is entitled to sign for any club next January according to the regulations of the International Football Association.

Ben Sharqi insists on setting a penalty clause to terminate his contract with Zamalek in exchange for one million dollars, provided that this clause is activated starting from the first season of the new contract, and the Moroccan player also adheres to setting a condition that he has the right to terminate his contract unilaterally in the event that one installment of his entitlements is delayed, in return. The Zamalek administration rejects the clause of unilateral termination of the contract and adheres to the application of FIFA regulations in the event of late payments, which stipulate that the player has the right to terminate his contract in the event of a delay in the payment of 3 consecutive installments, while the Zamalek administration seeks to set a penalty clause of 2 million euros, not dollars, and it is activated starting from The second season in the new decade.

These were the details of the news 6 foreigners in the list of Zamalek for the new season... for this day. We hope that we have succeeded by giving you the full details and information. To follow all our news, you can subscribe to the alerts system or to one of our different systems to provide you with all that is new.