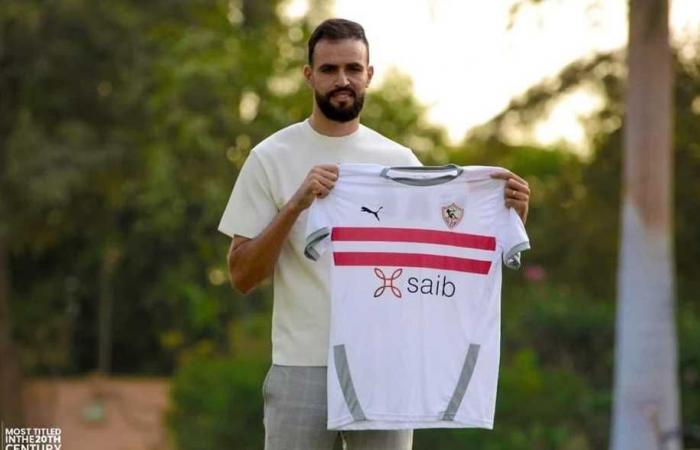 Zamalek club announced the inclusion of Hamdi El-Naqaz, the right-back, as part of the new season’s support.

And the official account of the Zamalek club published a video announcing the deal, and Al-Naqaz joined for three seasons.

Al-Naqaz comes as the third reinforcement of the team after the inclusion of Omar Kamal Abdel Wahed and Mahmoud Shabana.

Al-Naqaz arrived in Egypt at the beginning of this month in order to meet with the Zamalek administration before announcing the transfer officially.

was FilGoal.com He had learned that Al-Naqaz would ask for 75% of his first-year salary in his new contract in advance, which Al-Abyad did not mind, especially with Al-Naqaz waiving his case against the club with the International Football Association (FIFA).

Al-Naqaz had obtained a verdict against Zamalek by paying one million and 300 thousand dollars to him, but with the expected joining of Al-Naqaz Al-Abyad, he will drop the case.

The 28-year-old participated with Zamalek in 64 matches. He scored a goal and made 9 others.

The Tunisian international won the Egyptian Cup twice with Zamalek, and the African Confederation.

These were the details of the news FilGoal | News | The third deal for this day. We hope that we have succeeded by giving you the full details and information. To follow all our news, you can subscribe to the alerts system or to one of our different systems to provide you with all that is new.