“Messi did not leave Barcelona for economic reasons” 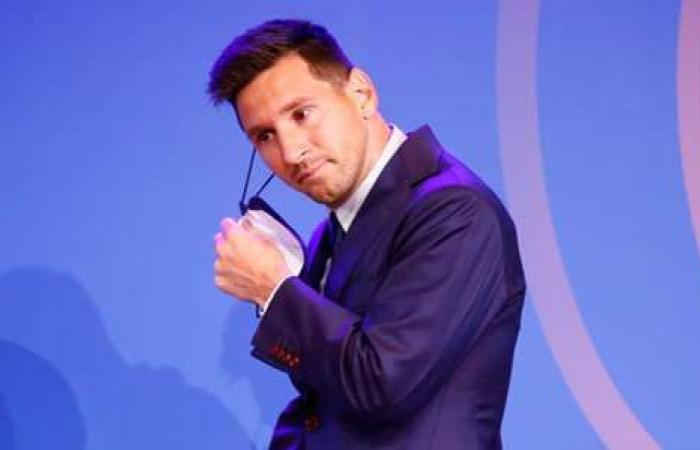 Confirmations continue that Messi did not leave Barcelona for economic reasons.

Day after day, confirmations are coming that the departure of Argentine Lionel Messi from the ranks of Barcelona was not for economic reasons, as the club confirmed in its statement to announce the departure of “Flea”.

Messi left Barcelona after 20 years in its ranks, after the club was unable to renew his contract, which expired at the end of the 2020-2021 season, to move to Paris Saint-Germain in a free transfer deal.

Javier Tebas, president of the Spanish League, confirmed in previous statements that Barcelona could have avoided Messi’s departureAnd that the club was able to possess the economic capacity that would guarantee him the continuation of the Argentine.

Now it is Jaume Roris, CEO of the Spanish company “Mediapro”, who was one of the main supporters of Joan Laporta’s election campaign.

What did Roris say about Barcelona’s economic situation?

The Spanish newspaper “Sport” quoted statements made by Roris, in which he stressed that Barcelona’s economic situation is worse than anyone can give up, and the reason why he supported Laporta.

“I supported Laporta because at that time the precarious situation of the club was so strong that he would have missed the nomination if he had not been able to gather the board of directors around him,” said Roris.

“The situation at the club is worse than anyone can imagine,” he added.

What did Roris say about Messi and his departure from Barcelona?

Regarding the issue of Lionel Messi’s departure, Roris confirmed that he met with Laporta and Javier Tebas on the third of last July, to talk about the issue of financial fair play and the registration of the Argentine contract.

“In that meeting, the issue of Messi’s continuation in Barcelona was on the right track,” Roroes said.

He added, “I think that things were complicated from a sporting point of view, not from a financial point of view. Messi has already made concessions, and confirmed himself that everyone did everything possible, but the world of football is very complicated.”

“In my opinion, there could have been a lot of progress on Messi’s renewal, even without the CVC deal money,” Roris concluded.

These were the details of the news “Messi did not leave Barcelona for economic reasons” for this day. We hope that we have succeeded by giving you the full details and information. To follow all our news, you can subscribe to the alerts system or to one of our different systems to provide you with all that is new.