Shikabala publishes a picture of him with the Egyptian Al-Ahly coach... 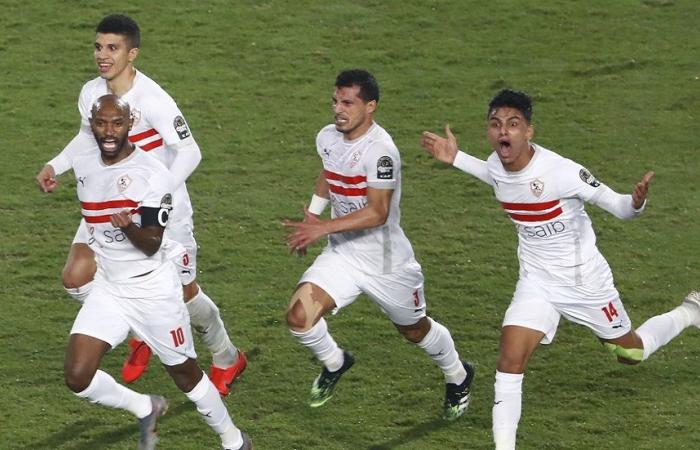 The captain of the Egyptian football club, Zamalek, Mahmoud Abdel-Razzaq Shikabala, published a picture of him with Al-Ahly coach, South African Pitso Musimani.

Shikabala attached the photo with a brief comment that said: “And I am respectful with the respected.”

The controversial Shikabala is usually subjected to insults and boos during the confrontation of the two rivals, Zamalek and Al-Ahly, and recently faced a widespread attack from the fans of the Red Genie.

Shikabala was suspended for 8 months by the Egyptian Federation after an argument with the President of the Football Association, Ahmed Mujahid, in a meeting with Al-Ahly Bank, in the last round of the league last season.

These were the details of the news Shikabala publishes a picture of him with the Egyptian Al-Ahly coach... for this day. We hope that we have succeeded by giving you the full details and information. To follow all our news, you can subscribe to the alerts system or to one of our different systems to provide you with all that is new.