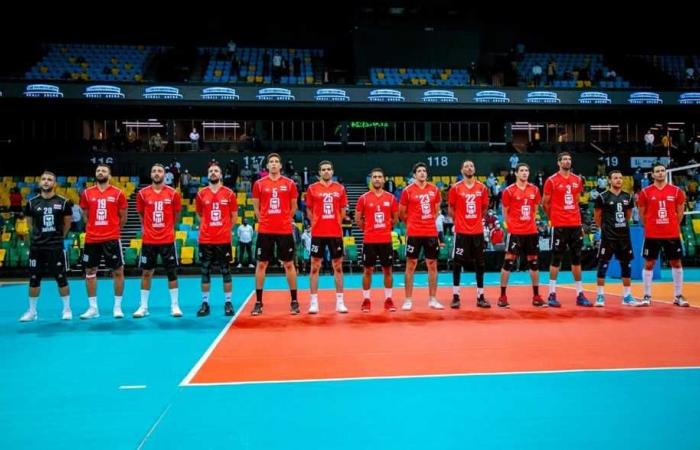 Egypt’s men’s volleyball team lost 3-1 to its rival Tunisia on Monday in the African Championship semi-finals.

The African Championship will be held in Rwanda from 7-14 September.

The Egyptian national team returned and won in the second half, with a score of 25-16.

But the Carthage Eagles won in two consecutive games, 25-14 and 25-21, to snatch the ticket to qualify for the final.

Tunisia set a date with Cameroon in the final to be a repeat of the 2019 edition.

At that time, Tunisia won the title after beating Cameroon 3-2 in the final.

Thus, Tunisia and Cameroon qualified for the World Cup to be held in Russia in 2022.

The two sides qualify for the final of the World Cup, and by defeating the Egyptian team, it failed to be present in the global forum for the first time since 1994.

However, Egypt hopes to be among the top 12 teams according to the world rankings among the teams that did not qualify for the tournament, so that it can book a travel ticket to Russia to participate in the World Cup.

Egypt is currently ranked No. 21 in the world.

It is noteworthy that the Tunisian national team holds the record for the number of times crowned the African Championship with 10 times, followed by Egypt with eight times.

These were the details of the news FilGoal | News | Volleyball – Egypt loses to... for this day. We hope that we have succeeded by giving you the full details and information. To follow all our news, you can subscribe to the alerts system or to one of our different systems to provide you with all that is new.