What is the new achievement of Lionel Messi? 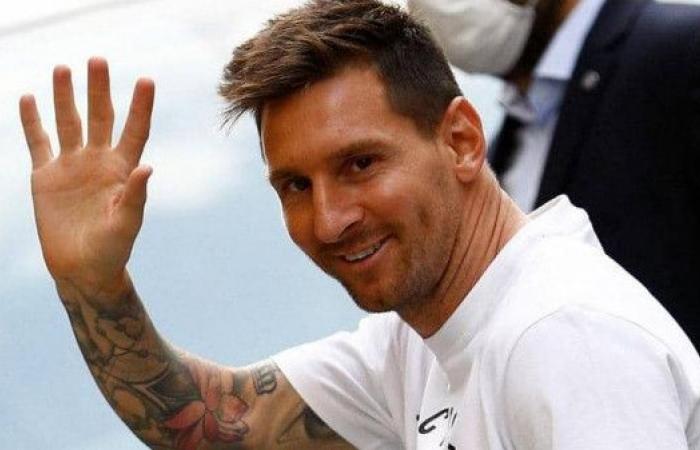 Football fans are waiting for the new update of the game (FIFA 22) for the (Play Station) devices for electronic games, and it is expected that the Argentine Lionel Messi, the new star of the French team Paris Saint-Germain, will be the highest rated player in the game.The latest version of the FIFA game will be revealed in early October, and will see Messi wear the shirt of a club other than Barcelona for the first time, according to (Al Jazeera Net).

The players will have the opportunity to put Messi alongside Brazilian Neymar and French Kylian Mbappe in the Saint-Germain attack line.

Messi’s rating is (93), followed by Neymar, Mbappe, Portuguese Cristiano Ronaldo, Slovenian goalkeeper Jan Oblak and Belgian playmaker Kevin De Bruyne, who all got a rating of (91).

And Manchester United fans will be able to use Ronaldo, who returned to “Old Trafford” after an absence of 12 years.

Polish sniper Robert Lewandowski is the only player other than Messi who has a higher rating than Ronaldo, with a rating of 92.

Lewandowski broke the record of German legend Gerd Muller by scoring 41 goals during the (2020-2021) Bundesliga season to lead Bayern Munich to the title.

The Egyptian striker, Mohamed Salah, the English star of Liverpool, came in twelfth place, with a halving of (89) points.

These were the details of the news What is the new achievement of Lionel Messi? for this day. We hope that we have succeeded by giving you the full details and information. To follow all our news, you can subscribe to the alerts system or to one of our different systems to provide you with all that is new.