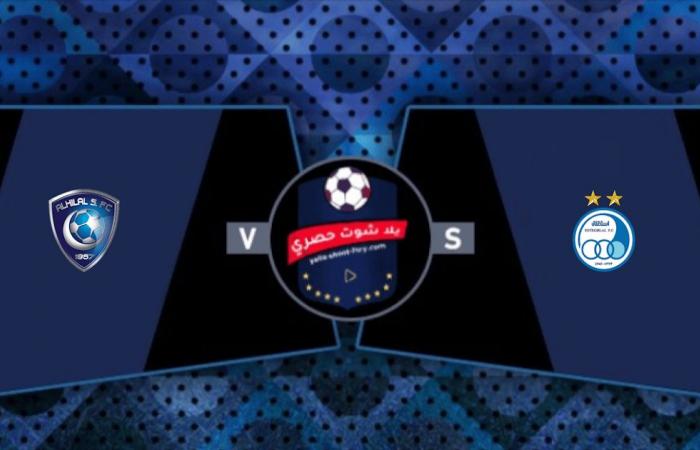 Al Hilal vs Esteghlal tehran vs Al Hilal The Iranian Esteghlal Tehran team will meet at 7:00 pm Cairo time with the Saudi Al Hilal team in the match that will sound at Zabeel Stadium in the UAE’s Al Wasl Club in the framework of the 16th round of the Asian Champions League, which is the match Which can be watched directly and exclusively on BN Sport channels, accompanied by audio commentary and a detailed description of the match in Arabic.

Esteghlal Tehran led the scene in the third group of the AFC Champions League after playing six matches in the group stage and was able to win three of the six matches it played, while Esteghlal Tehran lost only one match, and the tie was the result The decisive two matches of the team’s matches, so that Esteghlal Tehran’s balance stopped at eleven points and finished the group stage competitions in first place in the standings of the third group and qualified for the playoffs.

As for the Saudi Al Hilal team, it competed in the group stage competitions within the framework of the first group. It also played six matches and managed to win three of the six matches it played, while the Saudi Al Hilal team lost in two matches, and a tie was the decisive result that ended in two of the meetings that The team fought it, bringing the balance of the Saudi team, Al Hilal, to ten points, to finish the season in second place after the Esteghlal Dushanbe team, which was equal with it in the number of points, although it was behind on the difference in goals.