Liverpool will not conclude contracts to replace Salah 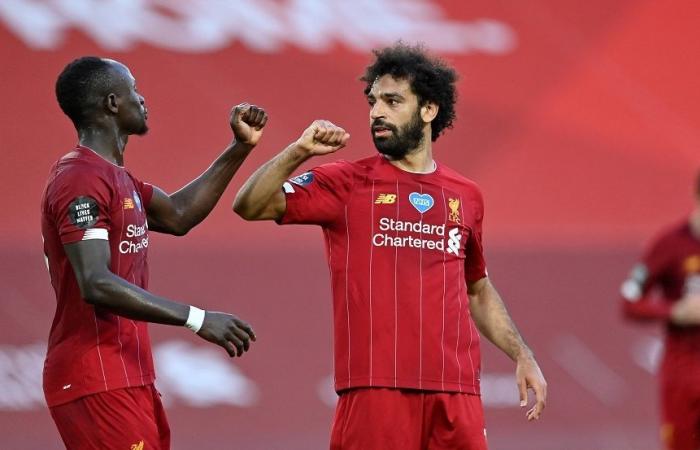 German coach Jurgen Klopp admitted that the team’s season will be greatly affected during the African Nations Cup “Cameroon 2022”.

Liverpool will miss the services of Egyptian star Mohamed Salah, as well as Senegalese striker Sadio Mane and Guinean midfielder Naby Keita, due to their association with their national teams in the African Championship, which is scheduled to be held in Cameroon during the period between January 9 and February 6 2022.

Klopp hinted that the “Reds” are not looking at the present time to strengthen their ranks in the January transfer period, to cover possible absences, and said in statements published by the English “Liverpool Echo” network today, Sunday: “This depends on the situation in the team, this is not ideal, Everyone knows that, but they have the right to participate in the African Nations Cup, like the European and South American championships, which is absolutely fine.”

The German added: “We knew that and we have to deal with it, how? We will have to see what happens in January.”

He continued: “Now people are saying that we have to sign strikers of the same quality as Sadio and Mo Salah, but this cannot be a solution because we cannot do that, we need to find a solution in January.”

Klopp also spoke about the issue of preventing players from participating with their national teams belonging to the red list countries and punishing clubs, saying: “I do not think it is right to punish clubs and players in the end, we did not participate in all decisions and we had to make one decision together.”

He explained: “We could not do it alone, if we decided as Liverpool that our players were not going, it is 100% clear that the penalty would be correct, but all the clubs agreed for the same reason, the players would have had to stay 10 days in a quarantine hotel near the airport when their return.”

He continued: “Aston Villa and Tottenham, I don’t know if they decided that or if the players did it themselves, they did something, and their players went to South America, someone needs to make a decision that everyone can live with.”

He concluded by saying: “It is difficult, our players participated in the Copa America in the summer and the issue of getting them back was very difficult. There was no alternative solution (other than not agreeing to the players participating with their national teams), and I hope that people will understand the reason.”

The Liverpool trio will miss the Liverpool match in the third round of the FA Cup, the Premier League matches at home against Brentford and outside its stadium against Crystal Palace, and the first leg matches of the League Cup semi-finals, if the “Reds” qualify to that stage.

If any of the three players qualify for the final rounds of the African Nations Cup, they may miss a possible match in the fourth round of the FA Cup, and quarantine regulations may affect their participation against Leicester City in the Premier League on February 9, 2022.

These were the details of the news Liverpool will not conclude contracts to replace Salah for this day. We hope that we have succeeded by giving you the full details and information. To follow all our news, you can subscribe to the alerts system or to one of our different systems to provide you with all that is new.