Belgium coach: Hazard is back at his best 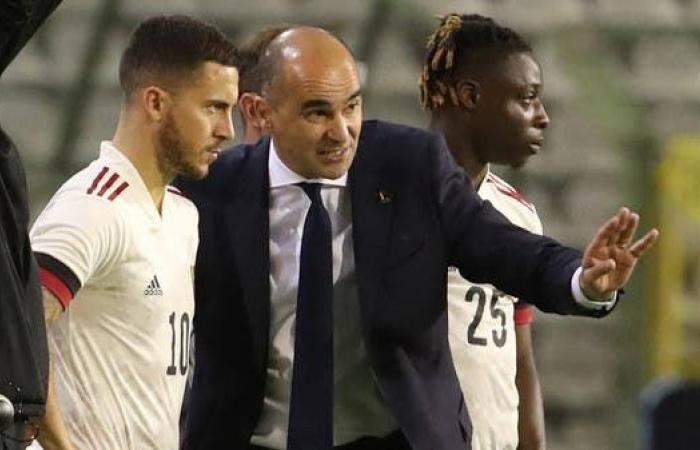 Belgium coach Roberto Martinez said captain Eden Hazard is close to the top of his game and could be a key player in next month’s UEFA Nations League finals.

The attacking midfielder has suffered from injuries, especially in the ankle, since his move to Real Madrid from Chelsea, and spent 18 months without playing international matches, and participated in the European Championship last June without being physically fit.

But after taking part as a substitute in the second half during Belgium’s 1-0 win over Belarus in Kazan to bring his country close to qualifying for the World Cup, Martinez sees his player “happy, free from pain and enjoying playing again.”

“Eden is ready to make a real mark in the coming weeks and months. Against the Czech Republic, he broke all previous records and performed his best performance since November 2019,” he told reporters.

Belgium, which tops the FIFA rankings, beat Estonia 5-2 last week and 3-0 over the Czech Republic on Sunday in the previous two qualifiers.

And Belgium played yesterday, Wednesday, without the arrested Romelu Lukaku and Jan Vertonghen, and preferred not to call up Thibaut Courtois, Carrasco and Axel Witsel during a long trip to Russia, which hosted the meeting.

The Spanish coach continued, “Eden wanted to travel this far knowing that he could not go into 90 minutes and showed that he was back to his level. He wanted to be our captain against Belarus and this shows his mental preparation.”

Belgium plays its next match against world champions France in Italy in the Nations League semi-final on October 7, after which it will face Italy or Spain in the final or the third-place match three days later.

These were the details of the news Belgium coach: Hazard is back at his best for this day. We hope that we have succeeded by giving you the full details and information. To follow all our news, you can subscribe to the alerts system or to one of our different systems to provide you with all that is new.