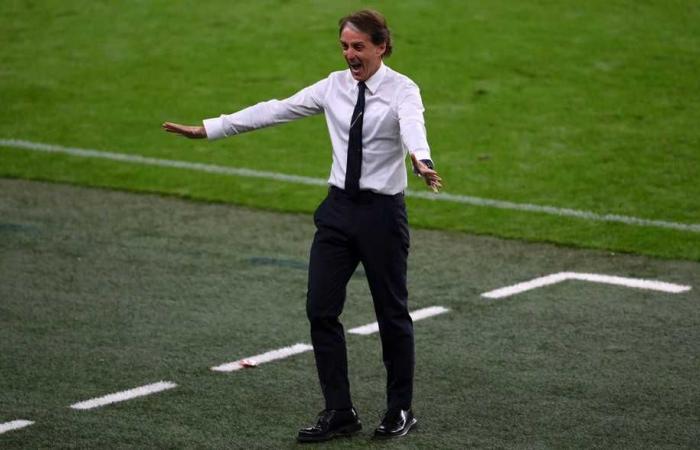 Italy coach Roberto Mancini praised the players Moise Kean and Giacomo Raspadori, after their performance in the victory over Lithuania.

The Azzurri finished a series of four consecutive draws, by defeating Lithuania 5-0 at the Mapei Stadium in Reggio Emilia.

“Despite losing a lot of players over the past two days, the players reacted well, obviously the opponents weren’t high quality, but you can’t always score five or six goals, so they did a good job,” Manchetti said in statements after the match. “.

“Rasbadori and Kane are very young, but I’m ready to give everyone a chance. Raspadori has quality, but he’s young and needs to gain experience,” he added.

“Of course it’s all on their minds and feet, if they do what they need to do, work hard and stay organized on the field.”

“Giorginho wore the captain’s armband for the first time in that match, but he was also one of the only players who did not rest until now,” Mancini continued.

And about Italy’s now setting the new world record of 37 games unbeaten, Mancini said: “We are happy about that.”

It is noteworthy that the Italian national team defeated Lithuania by 5 goals to nothing, as the players of the team scored 4 goals in the first half hour of the meeting, which is something that happens for the first time in history, and that match was part of the 2022 World Cup qualifiers.

These were the details of the news FilGoal | News | Mancini: The players’ reaction was... for this day. We hope that we have succeeded by giving you the full details and information. To follow all our news, you can subscribe to the alerts system or to one of our different systems to provide you with all that is new.