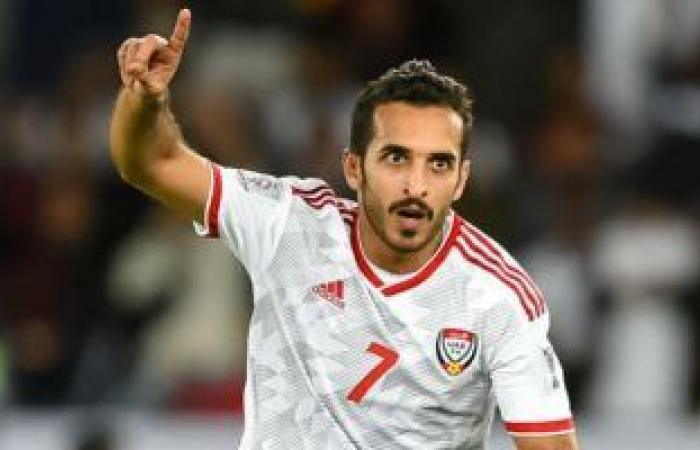 The Emirati star Ali Mabkhout, the Al Jazira club striker, entered history from its widest doors after scoring the goal of his country’s victory over his Syrian counterpart, in the confrontation currently being held between them at King Abdullah II Stadium in Jordan, as part of the second round of the Asian qualifying qualifiers for the World Cup “Qatar 2022” ,

Ali Mabkhout scored the winning goal for the UAE team in the 12th minute of the match, taking advantage of the Syrian goalkeeper’s mistake.

Mabkhout raised his score to 77 goals in a career with the UAE national team, during his participation in 94 matches, to surpass the Argentine star Lionel Messi in the list of the best international scorers with national teams throughout history, where Al-Barghout has 76 goals with the Tango dancers.

Mabkhout became the seventh best international scorer with national teams throughout history, equal to the Brazilian football legend, Pele, who scored 77 goals with the Selecão.

The Emirati star also ranked second in the list of the best international scorers who are still active in the stadiums, to come behind the Portuguese star Cristiano Ronaldo, the leader with 111 goals.

These were the details of the news Ali Mabkhout, the Emirates legend, surpasses Messi and equalizes Pele’s scoring... for this day. We hope that we have succeeded by giving you the full details and information. To follow all our news, you can subscribe to the alerts system or to one of our different systems to provide you with all that is new.