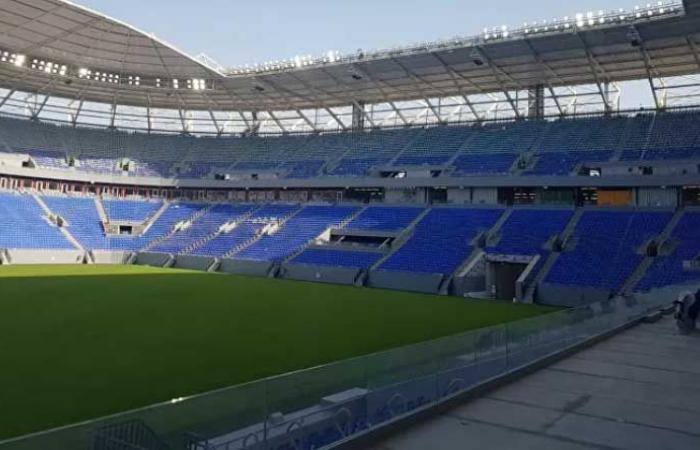 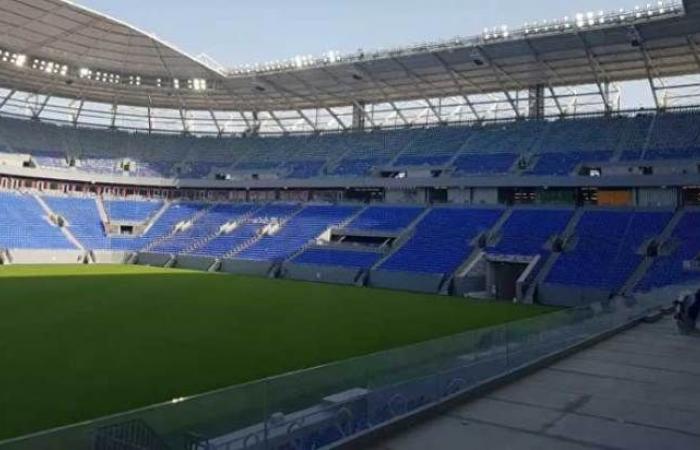 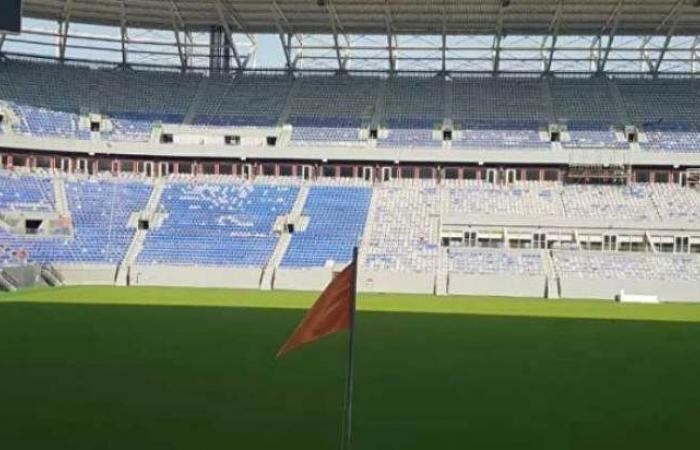 Qatar is preparing to open the unique “Ras Abu Aboud” stadium, on November 30, to be the first completely dismantling stadium in the history of the FIFA World Cup. It is scheduled that Ras Abu Aboud Stadium will host 7 matches in the Qatar 2022 World Cup, from the group stage to the eighth stage of the final.

The Ras Abu Aboud stadium, which was built using 974 shipping containers, has a stunning view and amazing colors, and includes changing rooms, medical points, TV broadcasting studios, and VIP reception areas. The construction of a park, a restaurant area, and cafés adjacent to the stadium is also being completed.

The director of sustainable development and the environment in the Supreme Committee for Projects in the 2022 World Cup in Qatar, Bodour Al-Meer, told Sputnik, “This stadium will be completely dismantling, because we realize that we will not need many of those stadiums after the end of the World Cup. That is why there is no air conditioning system.” She added, “We have worked on many plans to exploit the stadium, and we will use parts of it in various projects in Doha and developing countries, which suffer from a lack of sports infrastructure.”

Al-Meer indicated that the Special Committee is concerned with distributing the parts of the stadiums, which will become unnecessary after the end of the World Cup, and that this stadium will not only be dismantled, but the capacity of most other World Cup stadiums will be halved. According to her, dismantling the stadium does not require many contributions and efforts, as this process is very easy, based on its design taken from the famous “Lego” game.

And the Qatari official continued, “It may take about 12 months, because the talk is not only about dismantling the stadium seats, as is the case in other stadiums, but also dismantling the entire structure of the stadium.” Al Meer pointed out that the World Cup is not only a football competition for Qataris, but a strong impetus for the positive changes taking place in the country, including those related to sustainable development and the environment. And she added, “We will host the World Cup in 8 stadiums. In other countries during the last tournaments there were more stadiums. You will play an important role in the life of the local community. We have chosen special places to build them to be close to residential areas surrounded by picturesque gardens, and which can be reached by public transportation.”

​The sports arenas are designed, keeping in mind their contribution to the country’s legacy, when they are transformed into multifunctional spaces for sports, entertainment, education, treatment and hotels. These stadiums have received special certificates for “green” buildings, taking into account environmental requirements, especially waste reduction and efficient disposal, and the rational use of water and electricity.

Qatar will host the first FIFA World Cup in the Arab world and the Middle East, from November 21 to December 18. The competitions will be held on 8 stadiums, 4 of which have been opened so far, and the “Al Thumama” stadium will be opened on October 22, during the Emir of Qatar Football Cup finals.

These were the details of the news Videos and photos – The first dismantling stadium in the history... for this day. We hope that we have succeeded by giving you the full details and information. To follow all our news, you can subscribe to the alerts system or to one of our different systems to provide you with all that is new.