Al-Ahly decides to loan his star against his nose, and the... 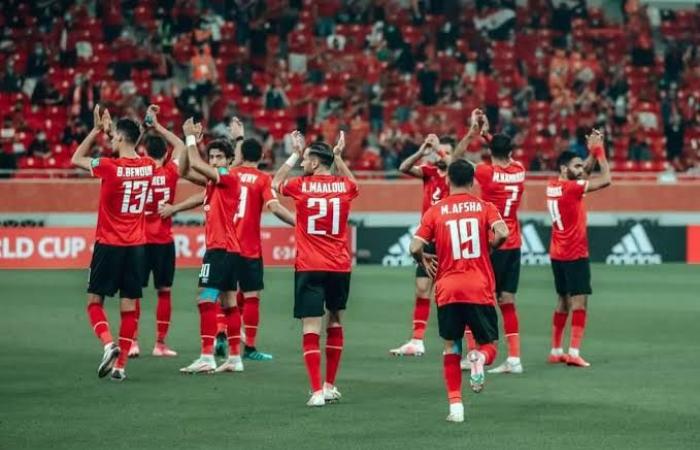 The Al-Ahly club’s board of directors, headed by Mahmoud Al-Khatib, approved the departure of the first football team star, on loan, during the current summer transfer period.

Al-Ahly club seeks to provide the needs of South African coach Pitso Mosimane, coach of the team, from strong contracts during the new season.

Al-Ahly club welcomed the departure of Mohamed Mahmoud, the team’s playmaker, for one season on loan, in order to restore his fitness after an absence of more than two years.

The decision of the club’s board of directors comes against the player’s desire, who demanded more than once to stay and continue in the new season, and to return to wearing the red genie shirt.

El Gouna Club had sent an official fax to the Al-Ahly club, headed by Mahmoud Al-Khatib, in order to sign Mohamed Mahmoud, the team’s playmaker, for the new season.

Reda Shehata, the coach of the coastal team, expressed his desire to sign with the player, as he communicated with the red administration directly due to the strong relationship that unites him with them, but the player’s position was not in line with the coach’s desire.

A source confirmed, in exclusive statements to Al-Ahly News, that the player completely refused to leave and insisted on staying inside the touch stadium on the island.

Mohamed Mahmoud missed Al-Ahly for nearly two years due to a double injury to the cruciate ligament, in addition to a knee injury, due to which he underwent several surgeries.

Mahmoud suffered a cruciate ligament injury, in January 2019 after the first match in the Al-Ahly club shirt against Smouha, so that the player began the journey of recovery from the injury, which lasted 279 days until he participated in his first training with his club on October 14, and only nine days passed until the player received the worst shock When he fell again in Al-Ahly’s training session on October 23, he suffered a cruciate ligament tear in the other knee.

Mohamed Mahmoud has been absent from Al-Ahly for nearly 982 days since his injury against Smouha on January 8, 2019, and Mohamed Mahmoud participated with Al-Ahly in only two matches against Pyramids and Smouha, before he was injured.

Al-Ahly contracted with Mohamed Mahmoud from the ranks of the Wadi Degla team in the January 2019 transfers, for 15 million pounds at the time, but injuries threatened his career in the touch.

These were the details of the news Al-Ahly decides to loan his star against his nose, and the... for this day. We hope that we have succeeded by giving you the full details and information. To follow all our news, you can subscribe to the alerts system or to one of our different systems to provide you with all that is new.