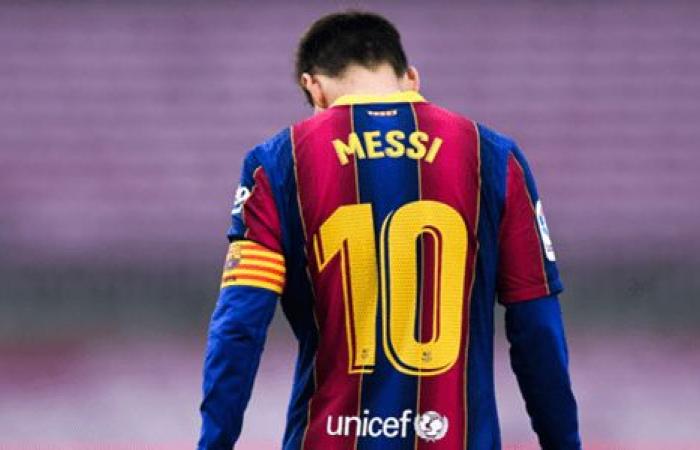 Revealing all the details of Messi’s message to Barcelona, ​​​​in which he requested the termination of his contract a year ago.

On the fourth of September 2020, Argentine Lionel Messi announced his continuation with Barcelona, ​​​​after his attempt to leave the “Camp Nou” stadium, after the historical “Borovax” message he sent to the Catalan club’s management asking him to leave.

Now, Messi has become a player in Paris Saint-Germain, after spending the 2020-2021 season with Barcelona, ​​but the Catalan club was unable to renew his contract due to economic and structural problems, despite the two parties’ desire to continue.

The “Borovax” document that Messi sent to the Barcelona administration on August 24, 2020, spilled so much ink that some demanded that it be placed in the club’s museum as it is a living history of the team.

That document did not see the light until today, as it was revealed by the Spanish newspaper, “Mundo Deportivo”, and brought out many of its details.

Messi sent that document to the administration of former Barcelona president Josep Maria Bartomeu, to try to take advantage of a clause in his contract that allows him to leave for free if he submits a request to do so before June 10, 2020.

What did Messi say in his letter to the Barcelona administration?

Messi signed a contract with Barcelona in November 2017, and the Argentine invoked clause 3.1 in that contract to request its termination.

“At the present time, and in accordance with the provisions of clause 3.1 of the contract signed on November 25, 2017, I express to you my desire to terminate my contract of employment as a professional player on August 30, 2020,” Messi said in a letter.

The clause in Messi’s contract was based on the fact that the player was entitled to request his release without disclosing the reason for this at the end of the 2019-2020 season, and before the date of June 10, 2020, without any rights for FC Barcelona.

What is Messi’s defense of his request?

The newspaper “Mundo Deportivo” confirmed that the key to Messi’s stay in Barcelona was the date of sending that letter, which came more than two months after the date of the expiration of the item.

Messi based his request on the special nature of the 2019-2020 season, which was disrupted for three full months due to the Corona virus pandemic, its continuation until August 2020, and the presence of a force majeure situation due to the epidemic.

Messi argued in his speech that despite the June 10, 2020 date being overridden, his request came on time, given that due to the pandemic exception, the 2019-20 season ended on August 23.

And Messi referred to the date of August 23, 2020 precisely because it was the day that saw the actual end of the season, with the holding of the Champions League final between Bayern Munich and Paris Saint-Germain.

On the same day it was announced that Messi had sent his letter to Barcelona, ​​a fake message spread on social networks, claiming to be the original document.

This fake speech sparked widespread controversy, because it used all the slogans of the Kingdom of Spain and Catalonia and the address of Messi’s private office in Barcelona.

But in any case, that story is over now, Messi has already gone to Paris Saint-Germain, it is true that it was a year late, but it happened anyway, and the fictional Messi-Barcelona novel has become a thing of the past.

These were the details of the news A year after the historical request .. “Borovax” Messi details to... for this day. We hope that we have succeeded by giving you the full details and information. To follow all our news, you can subscribe to the alerts system or to one of our different systems to provide you with all that is new.