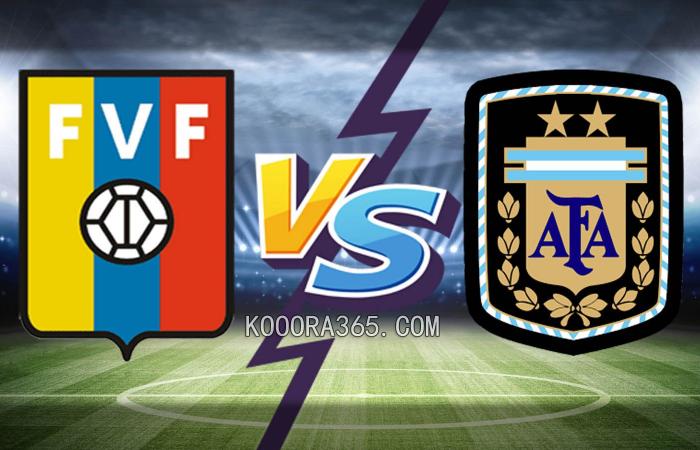 Argentina will clash with Venezuela today, Friday, September 3, at the Olympic Stadium of Caracas, as part of the activities of the ninth stage of the group stage of the South American qualifiers in the league system qualifying for the 2022 World Cup in Qatar.

Koura 365 offers its followers to watch the Argentina national team match against Venezuela, live broadcast today, with the start of the scheduled start whistle at 3:00 in the morning Mecca time, that is, the second Cairo time, and the confrontation will be broadcast live on the BN Sport HD1 Premium channel with an audio performance. Commentator Ali Muhammad Ali.

The Argentine national team enters with high spirits and high confidence, as it won the Copa title a few months ago and performed a great performance in this tournament, which will make it fight fiercely today for the full points.

The Argentine tango team is currently in second place in the table with 12 points and is 6 points away from leaders Brazil, but Lionel Messi’s colleagues prepared for the battle fiercely to win and continue on the right path.

As for the Venezuelan team, it occupies ninth place on the table with 4 points, and this is an unsatisfactory number for the fans of the team, which will make it fight with all its might to try to win to stop the bleeding points that it suffered in the past matches.

These were the details of the news Watch the Argentina-Venezuela match broadcast live today in the World Cup... for this day. We hope that we have succeeded by giving you the full details and information. To follow all our news, you can subscribe to the alerts system or to one of our different systems to provide you with all that is new.