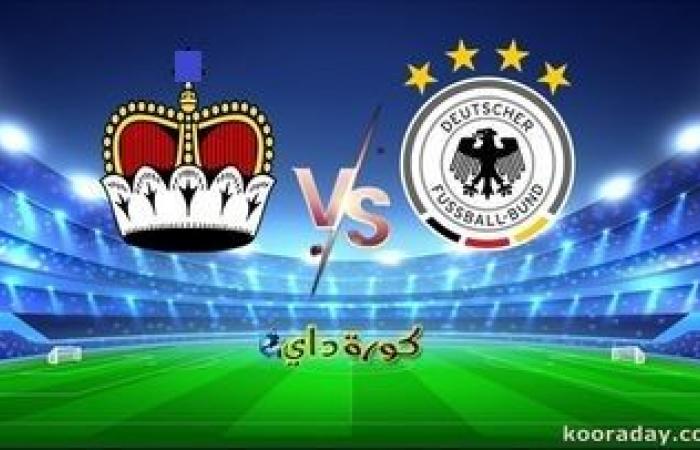 Koura Day provides a service to watch the Germany-Liechtenstein match broadcast live today, . The meeting will be broadcasted exclusively on beIN Sports HD Xtra 2 with the voice of the commentator Sowar Al Dahab.

Referee Fabio Verismo is scheduled to announce the start of the match between Germany and Liechtenstein at 8:45 pm Egypt time, corresponding to 9:45 Mecca time.

Germany is in third place in the group standings with 6 points after winning two matches and losing one. In its fourth match in the European qualifiers, it aspires to win over Liechtenstein in order to catch up with a team at the top of the group.

On the other hand, Liechtenstein is in the last place among the standings of the group with a score of zero points, after it failed to achieve a draw or win in the three matches it played in the European qualifiers, and the Liechtenstein team hopes to achieve its first points when it meets the German machines.

Koura Day followers, the live broadcast of the match between Germany and Liechtenstein will be placed at least an hour or half an hour before the start of the confrontation.

These were the details of the news Watch the Germany-Liechtenstein match broadcast live today 2/9 World Cup qualifiers for this day. We hope that we have succeeded by giving you the full details and information. To follow all our news, you can subscribe to the alerts system or to one of our different systems to provide you with all that is new.