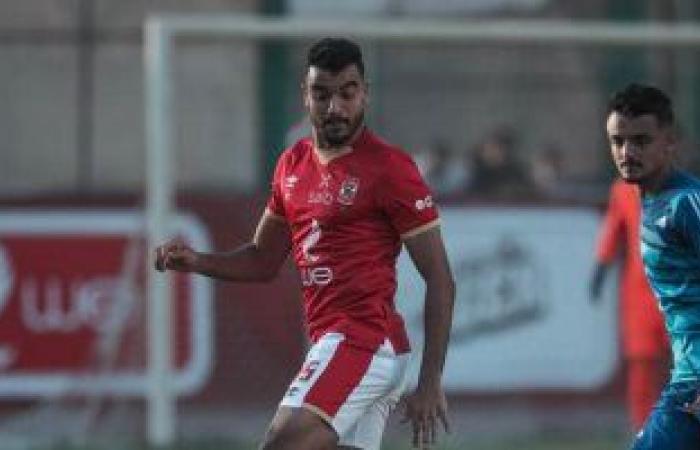 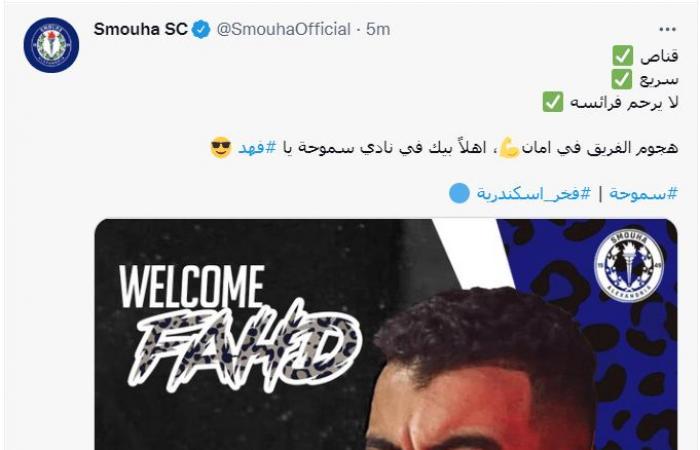 The official page of Smouha Club announced via Twitter that the contracting procedures for Fahd Jumaa, the young Al-Ahly striker, had been loaned out for two seasons, as part of the transfer of Hossam Hassan to Al-Ahly this summer.

Fahd Jumaa, the young Al-Ahly striker, completed his loan procedures to Smouha during the current summer transfer period, for a period of two seasons, to support the Alexandrian team’s attack during the next season.

Fahd Jumaa moved to Smouha as part of the agreement that was made between the Al-Ahly and Smouha administrations during the sale of Hossam Hassan to Al-Ahly in the current summer transfers, and with him Ahmed Ramadan Beckham.

Smouha Club is scheduled to announce the contract with Fahd Jumaa within the next few hours, after he had previously announced his contract with Ahmed Ramadan Beckham on loan for a season.

And the official page of Smouha Club published on the social networking site Facebook, a picture of the player Ahmed Ramadan Beckham, the right wing of Al-Ahly team, after he borrowed the player from the Red Castle for a season.

Al-Ahly coach Pitso Musimani welcomed the departure of Ahmed Ramadan Beckham, the team’s player, during the current summer transfer period, because the team did not need his efforts.

Beckham received several local offers in the recent period from clubs that expressed their desire to include Ayman Al-Ahly’s back, and that the technical staff relies on Mohamed Hani and Akram Tawfiq in the right front.

These were the details of the news Smouha announces the loan of the young Al-Ahly striker for two... for this day. We hope that we have succeeded by giving you the full details and information. To follow all our news, you can subscribe to the alerts system or to one of our different systems to provide you with all that is new.