Real raises its offer to include Mbappe, and reveals the date... 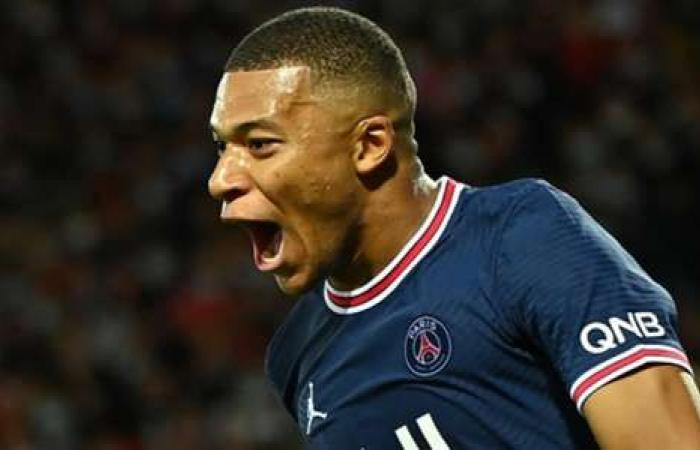 Press reports revealed the value set by the French team, Paris Saint-Germain, in exchange for the abandonment of Kylian Mbappe to Real Madrid this summer.

Several reports had confirmed that Paris Saint-Germain had rejected an offer for 160 million euros, and the sporting director, Leonardo, indicated that “we will not let him go for less than we paid.”

Mbappe joined Paris Saint-Germain from Monaco 4 years ago, in a deal worth 180 million euros.

What price does PSG want for Mbappe?

According to what was mentioned on the famous radio program “El Chiringuito”, the Paris Saint-Germain administration wants to obtain 215 million euros to agree to the sale of the French player.

And from his side, Real Madrid, the newspaper indicated that it is not yet clear whether Florentino Perez, the president of the Spanish club, intends to offer such a price.

This figure is about 7 million euros less than the record paid by PSG to join Neymar from Barcelona in 2017, as the most expensive player in history, 222 million euros.

How are things inside Real Madrid now?

According to what was reported by Radio Marca, Paris Saint-Germain president Nasser Al-Khelaifi was convinced of the idea of ​​selling Mbappe’s contract to Real Madrid, after the Royal Club raised its offer to buy the player.

And the Spanish radio added that it will be officially announced that Mbappe will join Real Madrid today, Thursday, or tomorrow, Friday, at the latest.

Leonardo: Mbappe wants to move to Real Madrid, but he won’t leave for free

After Messi joined, the French League is out of the top five leagues in Europe!

These were the details of the news Real raises its offer to include Mbappe, and reveals the date... for this day. We hope that we have succeeded by giving you the full details and information. To follow all our news, you can subscribe to the alerts system or to one of our different systems to provide you with all that is new.