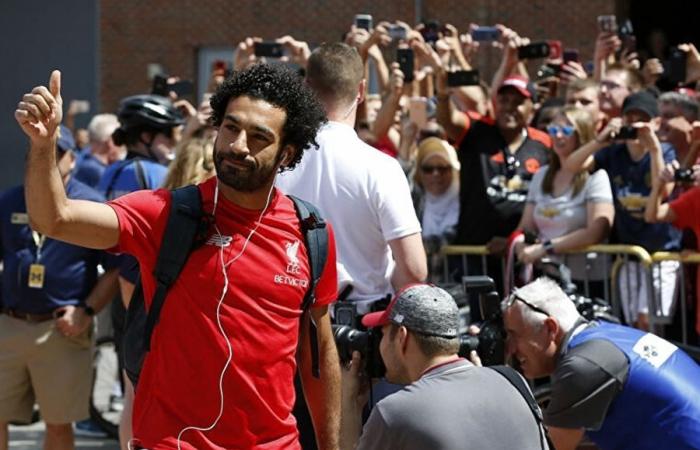 Mido said, in statements during his program “Awad Al-Labs” on “Al-Nahar” channel, that “Liverpool refused the participation of Mohamed Salah with the Egyptian national team even in the Gabon match, although Gabon is not in the red zone,” adding that “Mohamed Salah does not communicate with anyone.” An official from the Football Association, and the only one who responds is his agent, Rami Abbas.”

He stressed the need for Mohamed Salah and all African players to pressure their clubs to allow them to play for their national teams, saying: “I do not attack Mohamed Salah, but where is their role in putting pressure on their clubs to join the team? I hope the players have a role, but they export their agents.”

Last Monday, the Egyptian Federation received a letter from Liverpool, apologizing for Mohamed Salah not joining the ranks of the national team in its next camp. The Egyptian Federation explained that Liverpool’s speech is due to the precautionary measures applied in England to confront the outbreak of Corona in the world, which puts returnees from some countries in mandatory health isolation for a period of 10 days upon their return to England.

In his letter, the English club expressed its hope that the Egyptian Federation would understand that it was forced to do so, in the face of the player being subjected to a quarantine for this period and being affected by this physically, as well as the uncertainty of the conditions of the place of the stone determined by the English authorities, and Liverpool FC took the same position with a number of of his foreign players.

It is noteworthy that the English club Liverpool had officially refused to represent its Egyptian international player, Mohamed Salah, his country in the Tokyo Olympics. The coach of the Egyptian national team at the time, Shawky Gharib, said that Egypt had repeatedly tried to persuade Liverpool to allow Mohamed Salah to play in the Summer Olympics, but the Reds “completely refused” the participation of their striker, according to the “Liverpool Echo” website, which is close to the management of the English club.

These were the details of the news You should have a role like Messi did for this day. We hope that we have succeeded by giving you the full details and information. To follow all our news, you can subscribe to the alerts system or to one of our different systems to provide you with all that is new.