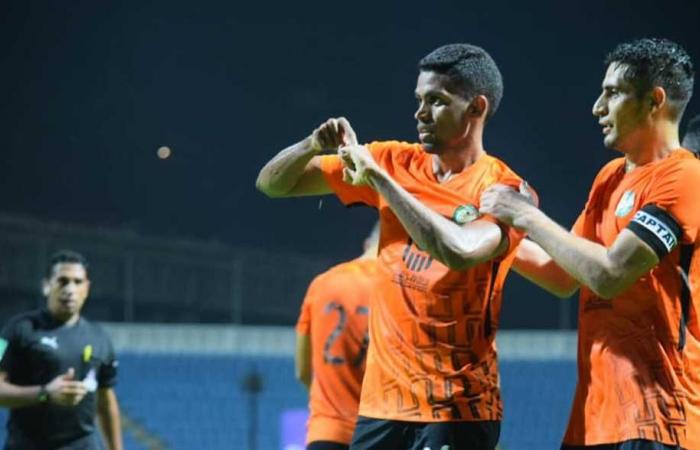 Karim Hassan Shehata, director of football at Al-Ahly Bank, revealed the club’s desire to permanently include Karim Bambo from Zamalek.

Bambo starred in the Al-Ahly bank shirt since his loan move last January, as he scored 11 goals in the league this season.

Karim Hassan Shehata said via Ontime Sports: “We asked to buy Karim Bamboo from Zamalek, and we are waiting for Patrice Carteron’s decision regarding how much he needs the player in the new season.”

“We adhere to the inclusion of Bambu and are waiting to negotiate the financial return,” he added.

“There is a preliminary approval and the player has a desire to continue with us,” he concluded.

Bamboo had previously commented on his future, saying: “After the Zamalek match, I will see what will happen. I wait for Zamalek’s position. The decision is for them, whether about my return, the continuation of my loan, or my departure permanently, then I will think about all the possibilities.”

Since his transfer to Al-Ahly Bank, Bambu participated in 22 matches, during which he managed to score 11 goals.

Bambo is the top scorer of his team, accompanied by veteran Ahmed Ali.

Al-Ahly Bank will meet Zamalek in the last round of the Egyptian Premier League on Friday, August 27th.

These were the details of the news FilGoal | News | Al-Ahly Bank: We asked to... for this day. We hope that we have succeeded by giving you the full details and information. To follow all our news, you can subscribe to the alerts system or to one of our different systems to provide you with all that is new.