Mustafa Mohamed leads Galatasaray against Rangers in the European League 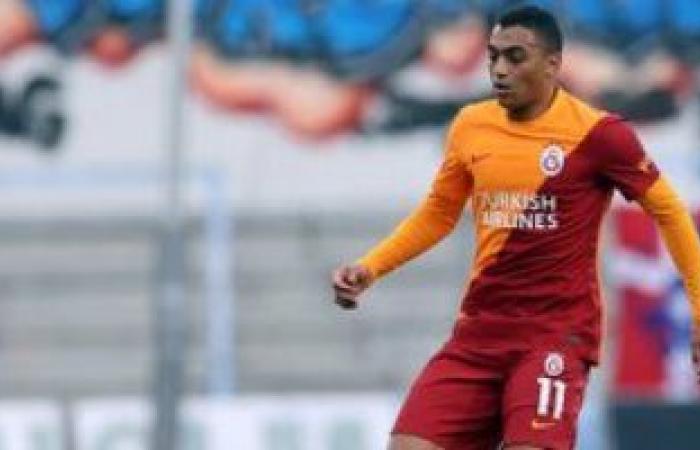 The Turkish Galatasaray team, professional in its ranks, lures Egyptian star Mostafa Mohamed, its Danish counterpart, Renders, in the second leg of the last preliminary round qualifying for the group stage of the European League for the current season 2021-2022.

Turkey’s Galatasaray drew 1-1 with its Danish host, Rangers, in the match that brought them together last Thursday at the Essex Park Rangers Stadium, in the first leg..

The decisive confrontation will take place at eight in the evening, Thursday, at the “Ataturk Telecom” stadium, the stronghold of the Galatasaray team..

Mostafa Mohamed and his companions seek to win the match or a negative draw to ensure qualification for the group stage of the European League for the current season 2021-2022.

The draw for the group stage of the Euroleague this season will be held on Friday, August 27.

Mostafa Mohamed and his colleagues are only one step away from the group stage of the current version of the European League, when its humble counterpart hosts the Danish team Randers..

The Galata Saray team enters the match against its guest, Randers, after it succeeded in achieving victory in 3 out of the last 5 matches it played in the last period at the level of all local and continental championships. In two matches, he scored 10 goals against his opponents, while conceding only five goals. .

While the Randers team will enter the match, after it succeeded in achieving victory in three out of the last 5 matches it played in the last period at the level of all local and continental championships, and in return for that, the Randers team did not lose any match at all, while the Randers team fell into a trap He tied in two matches, and scored 7 goals against his opponents, while conceding 4 goals..

Fatih Tarim, the technical director of the Turkish Galatasaray team, praised the level presented by the Egyptian star Mustafa Mohamed during the first leg, saying after the end of the match: “Mustafa Mohamed struggled a lot in tonight’s match, and I expect a better contribution from him during the upcoming matches.”“.

He added, “I want Mostafa Mohamed, who contributed to today’s match, during the next match“.

Mustafa Mohamed made a good first run, and succeeded in making his first goals in European competitions, after assisting his colleague Karim Akturk, who hit the ball to the right of the Danish team goalkeeper in the 26th minute, and the match referee canceled a goal for the Egyptian striker in the 21st minute, due to the presence of infiltration..

These were the details of the news Mustafa Mohamed leads Galatasaray against Rangers in the European League for this day. We hope that we have succeeded by giving you the full details and information. To follow all our news, you can subscribe to the alerts system or to one of our different systems to provide you with all that is new.

PREV Chicherit takes victory in Morocco, Loeb responds with stage win for Bahrain Raid Xtreme
NEXT View from Newcastle: On-field success and promise of successful future a year on from era-defining takeover