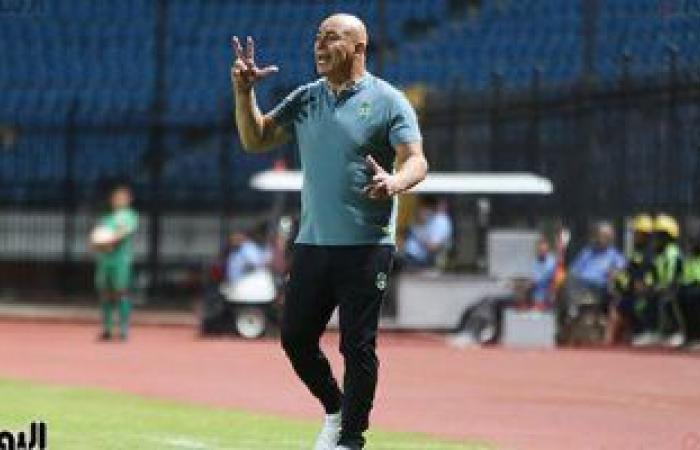 The Alexandrian Union ranks sixth in the table league standings With 44 points, after playing 32 games, he won 11 matches, drew in the same number, and lost 10 matches, his players scored 35 goals and conceded the same number of goals, while Al-Ahly Bank occupies the fifteenth place with 33 points after playing 32 matches, winning 6 matches and drawing 15. He faced and lost 11 games, his players scored 38 goals and conceded 43 goals.

Hossam Hassan, technical director of the Alexandrian Federation, called on his players to restore the tone of victories to end the season in a position worthy of the capabilities of the leader of the gap, especially after the dream of African representation in the new season was lost.

On the other hand, Khaled Galal, the technical director of the National Bank, called on his players to collect the three points to escape the downward spiral before the last round. points, the second has 33 points, and each team has two matches left.

In the event that the Tigris wins in the two matches and defeats Al-Ahly Bank in one match and a tie in another, the two teams will be tied in the number of points, but the difference in the direct confrontations will give the Tigris the only remaining ticket to stay, as it tied with Al-Ahly Bank, and won it in the first and second round matches this season..

These were the details of the news Al-Ahly Bank clings to the last hope today in front of... for this day. We hope that we have succeeded by giving you the full details and information. To follow all our news, you can subscribe to the alerts system or to one of our different systems to provide you with all that is new.