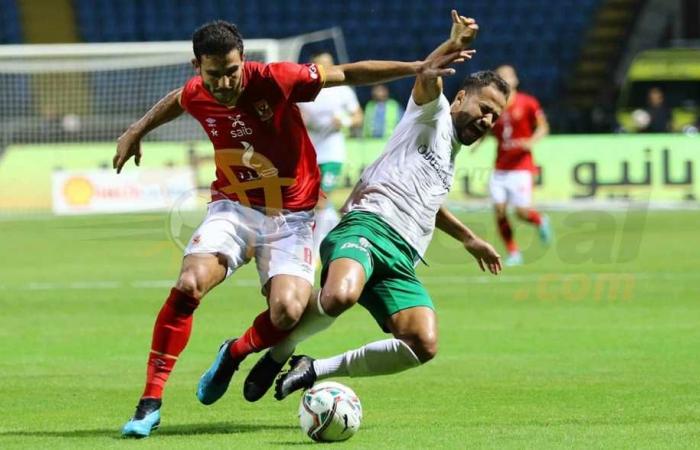 Al-Ahly is preparing to face El-Gouna at nine in the evening, Tuesday, in the 33rd round of the Egyptian League.

And coach Pitso Mosimane gave the duo Ashraf and El-Shahat a rest from the group training today, according to the hospital program that he is implementing with the players due to the state of stress as a result of the pressure of the matches.

Al-Ahly performed its training on Sunday evening, which included a light physical aspect and ball training, and Musimani was keen to talk with the players before the start of the training.

While Hamdi Fathi, the team’s midfielder, complained of a strain in the hamstring muscle on the sidelines of today’s training session.

Fathi had participated in the last Al-Masry match in the league championship, and he went out between the two halves due to pain in the back muscle, and medical examinations confirmed that he was suffering from muscle fatigue.

Hamdi Fathi is undergoing a rehabilitation program to prepare him for the next stage.

Al-Ahly defeated Al-Masry by four goals to two goals on Friday evening in the matches of the 32nd round of the league.

Al-Ahly ranks second in the competition with 72 points, two rounds before the end, 4 points behind leaders Zamalek.

These were the details of the news FilGoal | News | Maran Al-Ahly for this day. We hope that we have succeeded by giving you the full details and information. To follow all our news, you can subscribe to the alerts system or to one of our different systems to provide you with all that is new.