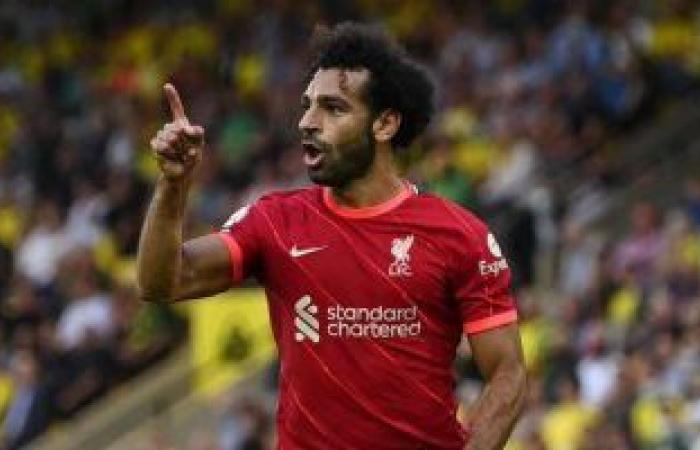 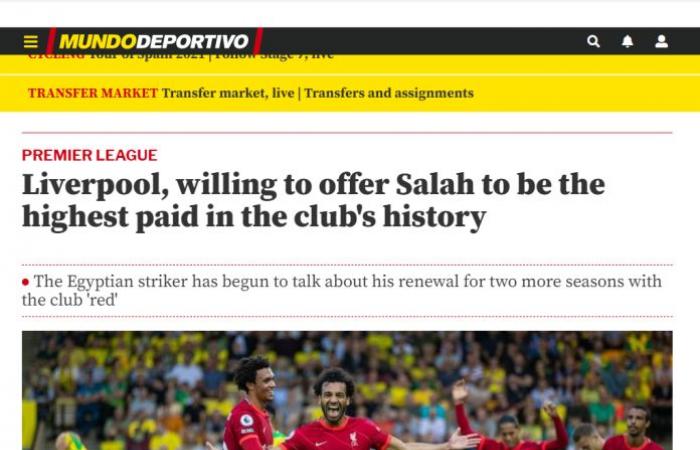 Today, Friday, press reports revealed the positive initial negotiations between Liverpool FC with the Egyptian star Mohamed Salah, in order to extend his contract with the Reds, as the pharaoh’s contract with the current Reds expires in the summer of 2023.

The Catalan newspaper, Mundo Deportivo, reported that the first contact that occurred between Liverpool and Mohamed Salah to renew the Egyptian star’s contract was satisfactory and positive, as the two parties met to discuss the possibility of extending the contract, and the feelings were good from both parties to renew the contract until the summer of 2025.

The newspaper pointed out that Mohamed Salah still has two more years in his contract with Liverpool, and then the Egyptian will have reached 31 years old, but the Reds want to stay on his first star by increasing his salary.

The newspaper pointed out that Mohamed Salah currently receives a weekly salary of 200,000 pounds, but Liverpool is ready to give him more and make the pharaoh the highest-paid player in the club’s history, exceeding the 220,000 pounds currently received by Dutchman Virgil van Dijk.

Reports had indicated that Liverpool had seriously started negotiations to renew the contract of its star Mohamed Salah, after the pharaoh played a major role in the Reds’ victory over Norwich City in the first round of the English Premier League, where he made two goals and scored another..

According to the American “The Athletic” website, talks are already underway regarding finding a formula to agree on a new contract for Mohamed Salah that will make him the most expensive in the club’s history in terms of salary value..

These were the details of the news Reports: Positive initial negotiations between Mohamed Salah and Liverpool to extend... for this day. We hope that we have succeeded by giving you the full details and information. To follow all our news, you can subscribe to the alerts system or to one of our different systems to provide you with all that is new.