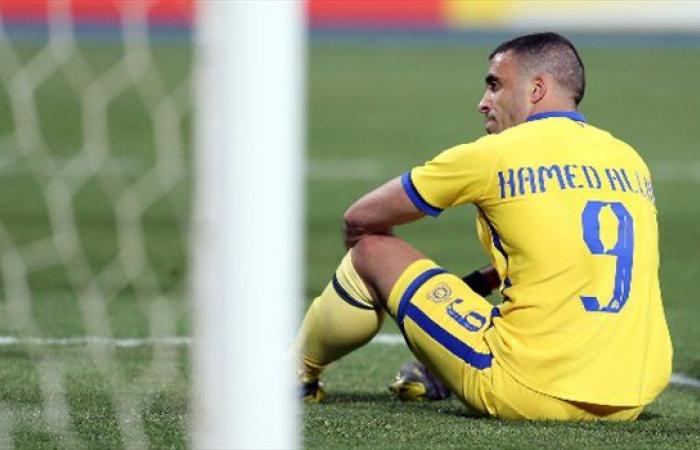 No voice is louder at the moment, except for the future of the great Moroccan star Abdul Razzaq Hamdallah, with the first football team at Al Nasr Club.

And Hamdallah, 30, joined Al-Nasr in the summer of 2018, coming from the Qatari Al Rayyan, where he scored 115 goals with the first football team, in various local and continental competitions..

However, Hamdallah’s relationship with Al-Nasr has deteriorated significantly, since last year, amid news of his departure from the first football team, and the move to Al-Ittihad.

In this context, the newspaper “Al Shababiya” revealed a resounding surprise in the value of the penalty clause in the Moroccan star’s contract with Al-Alame Castle.

There were conflicting reports regarding the penalty clause in Abdul Razzaq Hamdallah’s contract, as some confirmed its existence, while others denied it.

The newspaper pointed out that the penalty clause in Hamdallah’s contract, which was signed in the summer of 2018, is 9 million euros, not 20 million, as some claim.

She indicated that the value of this condition decreases after each season, by 3 million euros, as it became 6 million, in the player’s second year, with Al-Nassr.

And the newspaper announced that any club that wants to contract with Hamdallah, in the current summer, can settle the deal, for only 3 million euros, or 13 million Saudi riyals, which is the value of the penalty clause in his current contract.

It is worth noting that Abdul Razzaq Hamdallah has a contract with the first football team of Al-Nasr Club, until June 30, 2022.

These were the details of the news Hamdallah leaves Al-Nasr with “13 million riyals only” for this day. We hope that we have succeeded by giving you the full details and information. To follow all our news, you can subscribe to the alerts system or to one of our different systems to provide you with all that is new.