Ceramica: Al-Ahly did not ask to cut the loan of Ahmed... 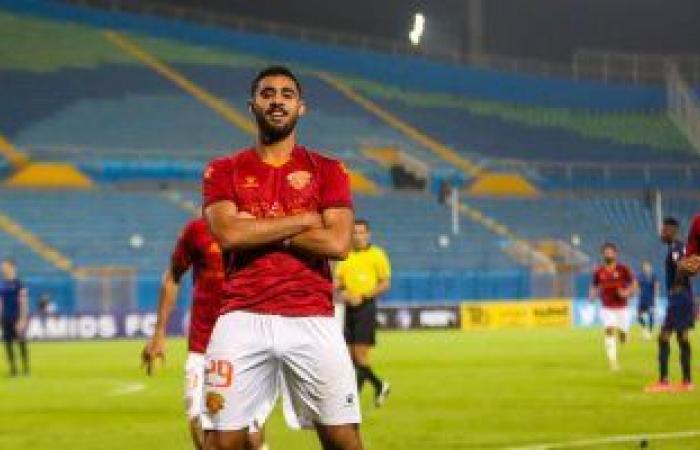 After “The Seventh Day” agreed to the Al-Ahly club’s management’s approval of loaning Ahmed Yasser Rayan, the striker of the loaned team to Ceramica, to the Turkish club Altay Izmir for a period of $300 thousand, starting from next season after the player’s loan period officially ended, we contacted Ceramica officials to reveal the truth of the cut Loaning the player to end the deal, especially with the start of the preparation period for the new season for the Turkish Premier League clubs, and the desire of Altay officials to have the player in the presence of the player at the beginning of the preparation period for the new season, which contradicts the date of the end of the Egyptian League.

Moataz Al-Batawi, the sports director of the Ceramica team, said in exclusive statements to “The Seventh Day” that the Al-Ahly club administration did not communicate with them about cutting the loan of the player in order to leave for loan in the Turkish League in the coming days.

The sports director of Ceramica confirmed that Ahmed Yasser Rayan had not informed them of his loan to the Turkish League until this moment and his departure from the team, stressing that the player has a contract with them, explaining that the team is currently focused on facing Al-Ahly, scheduled for it on Saturday, within the postponed round 23 of the league.

Al-Ahly club officials succeeded in doubling the clause of selling Ahmed Rayan, the team’s striker, to the Turkish Altay Izmir, so that it becomes $2.5 million instead of $1.2 million, a figure that the Turkish club wanted to put in the contract.

Altay club returned to the Turkish Super League after an absence of 18 years, and Ahmed Yasir Rayan offers very good performances with Ceramica Club, and this season scored 15 goals in the league championship, in which he occupies the top scorer in the league, behind Al-Ahly striker Mohammed Sharif, who has 16 goals.

These were the details of the news Ceramica: Al-Ahly did not ask to cut the loan of Ahmed... for this day. We hope that we have succeeded by giving you the full details and information. To follow all our news, you can subscribe to the alerts system or to one of our different systems to provide you with all that is new.