Al-Ahly reveals the secret of facing Zamalek in the African Super... 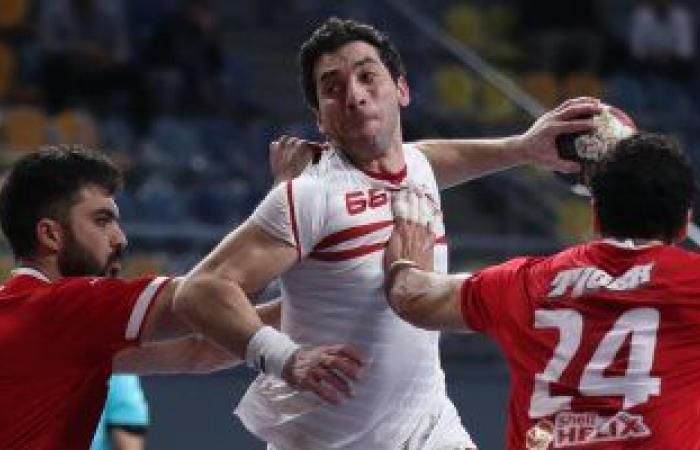 “The Seventh Day” contacted Raouf Abdel Qader, director of sports activity in Al-Ahly Club, to find out the reasons for choosing the red handball team as a substitute for the coastal star, after the latter apologized for facing Zamalek in the African Super.

Abdel Qader said in a statement to “The Seventh Day” that Al-Ahly is participating instead of the Tunisian team as the runner-up for the last African Cup Winners Cup, noting that the super match against Zamalek in the stadium and Al-Ahly agreed to play before knowing that it was also transferred to Cairo.

It was decided to hold the African Super match against Zamalek on August 18, instead of on the 23rd, in Cairo instead of Morocco, after the coastal star apologized for facing the white team.

The star’s apology comes due to the financial crisis that the team suffers from, which led to the departure of a number of its stars, causing officials to think of apologizing for participation.

The committee in charge of managing the Zamalek club succeeded in concluding resounding deals to strengthen the ranks of the first handball team in the new season, before the African Super Cup, and it came based on a technical vision so that the team would continue at the top of the hand in Egypt.

Zamalek contracted the duo, Seif Al-Deraa, coming from Heliopolis, amid a conflict with Al-Ahly Club, which was planning to obtain the signature of the player and Mohamed Bassiouni Modi, coming from Sporting, as well as the official agreement to return goalkeeper Karim Hendawy after paying the penalty clause to the Macedonian club RK Euro Farm in The departure of Mohamed Ali, the team’s goalkeeper, remained professional in the Spanish League.

While Zamalek officials contracted with the Spanish Oliver Roy, assistant technical director of the former Barcelona club in the European Champions League, to succeed Hussein Zaki, amid the renewal of the contracts of the trio, Wissam Nawar, Ahmed Moamen Safa (Dodo) and Ahmed Hossam for two seasons.

These were the details of the news Al-Ahly reveals the secret of facing Zamalek in the African Super... for this day. We hope that we have succeeded by giving you the full details and information. To follow all our news, you can subscribe to the alerts system or to one of our different systems to provide you with all that is new.