FilGoal | News | In the first friendly of... 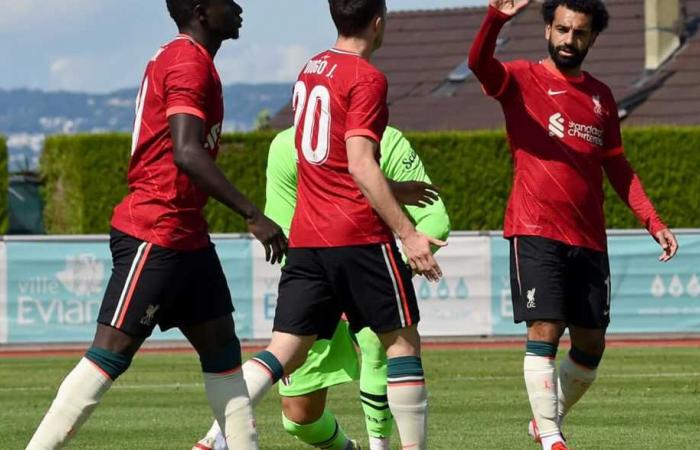 Liverpool defeated its Italian rival, Bologna, on Thursday, with two goals to nothing, in the first of two matches to be held.

The goals of the match were scored by Diogo Jota in the seventh minute, and Sadio Mane in the 13th minute.

The first match witnessed the full participation of Mohamed Salah, accompanied by Virgil van Dijk, who returned from a cruciate ligament injury.

Liverpool will play the second friendly against Bologna later on Thursday evening.

Liverpool have so far played four friendlies before meeting Bologna, with a draw in the first and second with Austrian Wacker Inciruk and Germany’s Stuttgart with the same result, with a goal for the same.

He beat Germany’s Mainz 1-0, and his compatriot Hertha Berlin by four goals to three.

Liverpool are scheduled to play two final friendlies before the start of the season, against Athletic Bilbao and Osasuna, the Spanish.

Liverpool will cut short its season by meeting Norwich City at Carrow Road on the ninth of August.

These were the details of the news FilGoal | News | In the first friendly of... for this day. We hope that we have succeeded by giving you the full details and information. To follow all our news, you can subscribe to the alerts system or to one of our different systems to provide you with all that is new.