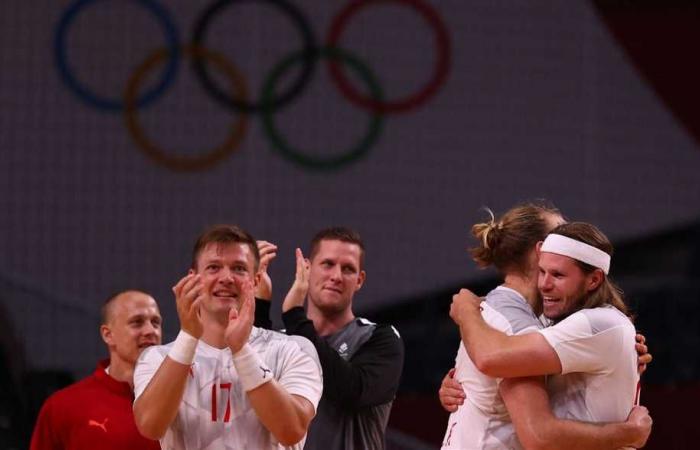 The 2016 Rio Olympics final will be repeated in Tokyo 2020 again, as Denmark sets a fiery date with France in the men’s handball final.

Egypt will meet Spain in the match for third place and the bronze medal, next Saturday. (Find out when the match is)

France, which qualified for the final for the fourth time in a row, after defeating Egypt 27-23. (See details)

In the Rio final, Denmark overpowered and snatched the gold from France, the Olympic champion at the time, twice in a row, winning 28-26.

The first half ended with the victory of Denmark, the world champion, with a score of 14-10.

In the second half, the Spanish team starred and tried to reduce the difference and return again, and despite the brilliance of Perez Moreno, the Vikings knew how to win.

Moreno saved 12 shots out of 36 on goal, with a success rate of 33% against Denmark.

While Denmark goalkeeper Niklas Landen saved 12 of his 32 shots with a success accuracy of 38%.

Denmark’s Mikel Hansen starred, scoring 12 goals from 16 shots against La Roja, as the two teams’ most scored players in the match.

These were the details of the news FilGoal | News | Tokyo Olympics 2020 for this day. We hope that we have succeeded by giving you the full details and information. To follow all our news, you can subscribe to the alerts system or to one of our different systems to provide you with all that is new.