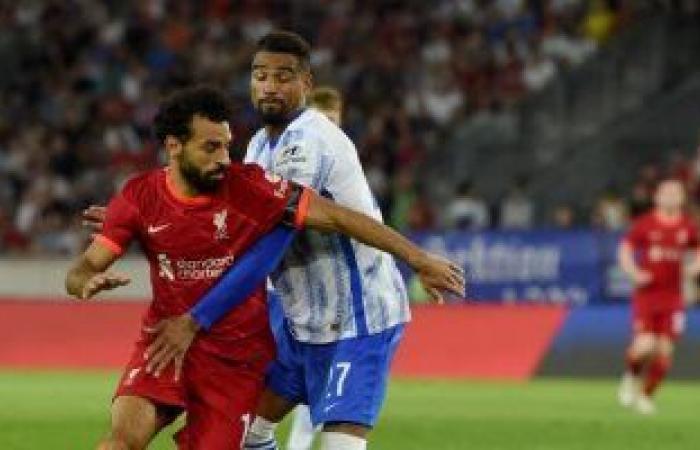 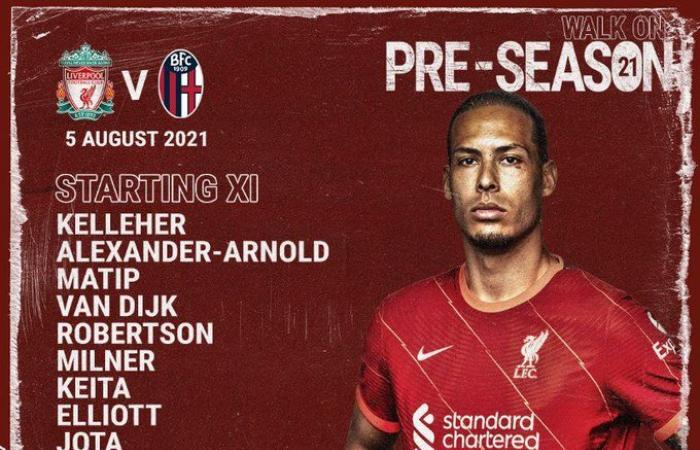 Jurgen Klopp announced as head coach of Leferball The English team’s official formation in preparation for facing Bologna, Italy, as part of the Reds preparations for the new season 2021-2022.

Liverpool will face its Italian counterpart, Bologna, in two 60-minute matches, while the Reds are in the team’s camp in France, at exactly four and six in Cairo time..

During its preparations for the new season, Liverpool have played 4 friendly matches so far, as they tied with Austrian Innsbruck 1-1 in a 30-minute match, and tied the same result with German Stuttgart in a half-hour meeting as well.

Liverpool also won the third friendly against Mainz, Germany, with a goal in return, while the fourth friendly lost against Hertha Berlin, by four goals to three.

It is worth noting that Liverpool will face Athletic Bilbao in a friendly on August 8, and then meet Osasuna on August 9, in the last friendlies before the start of the new season..

It is worth noting that the Liverpool team opens its new season 2021-2022 in the English Premier League, against the “newly promoted” Norwich City team on August 14.

Liverpool is seeking to regain the English Premier League title next season, after Manchester City won the title last season, and the Reds also aim to win the Champions League, after winning it 6 times, the last of which was in the 2018-2019 season.

These were the details of the news Mohamed Salah leads Liverpool’s starting lineup against Bologna in a friendly for this day. We hope that we have succeeded by giving you the full details and information. To follow all our news, you can subscribe to the alerts system or to one of our different systems to provide you with all that is new.