The right-back has a headache in Carteron’s head before the match... 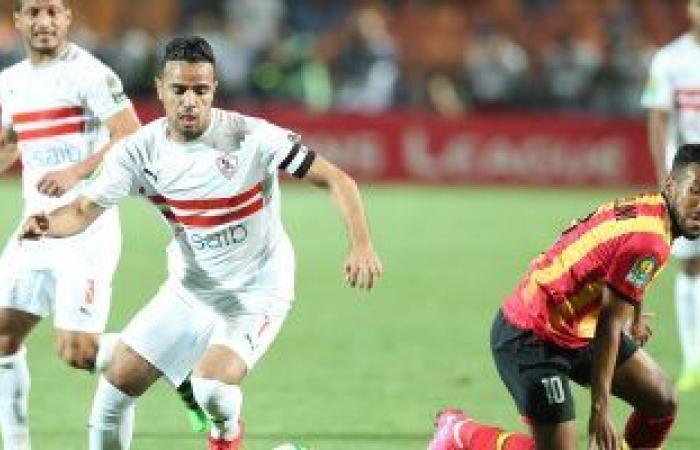 French coach Patrice Carteron, coach of the Zamalek team, prefers between Hazem Emam and Tunisian Hamza Mathlouthi to choose one of them in the team’s starting lineup against Ghazl El Mahalla in the match scheduled to be held on Saturday in the 28th round of the league.

Hazem Emam is technically and physically ready to participate in the matches after recovering from the injury he suffered some time ago. He also provides a distinguished level in the training and friendly matches that the team fought in the Burj Al Arab camp. Standing last official matches before the long break that Zamalek obtained.

On the other hand, the French coach Patrice Carteron, the coach of the Zamalek team, will hold a technical lecture for the players before training today at the team’s camp in Borg El Arab, in preparation for facing Ghazl El-Mahalla, scheduled for next Saturday, in the matches of the 28th round of the league.

Carteron explains the plan to confront Al-Mahalla in today’s training and the centers of strength and weakness in the competitor.

In a different context, the administrative apparatus of Zamalek agreed with Al-Majd Al-Iskandariyah to play a new friendly match between the two teams, next Sunday, by a decision of the technical staff of the white team led by French Patrice Carteron to prepare the emerging players along with some excluded for the Al-Ittihad match, where Zamalek is scheduled to play. A confrontation with Ghazl El-Mahalla, in the 28th week of Al-Dawi next Saturday, then he will meet with Al-Majd Al-Sakandari in a friendly in preparation for the Alexandrian Al-Ittihad match in the league.

It is scheduled that Zamalek will face its counterpart Al-Ittihad of Alexandria, next Tuesday, in the twenty-ninth round of the Premier League, and the white team is currently setting up a camp in the city of Burj in Alexandria. Last Saturday, Zamalek won that match with two goals against a goal in a match that included the participation of young people.

These were the details of the news The right-back has a headache in Carteron’s head before the match... for this day. We hope that we have succeeded by giving you the full details and information. To follow all our news, you can subscribe to the alerts system or to one of our different systems to provide you with all that is new.

PREV Equestrian Dreams: A Vision of Hope from the Sons and Daughters of Life
NEXT England women beat Germany to end major tournament wait at Euro 2022