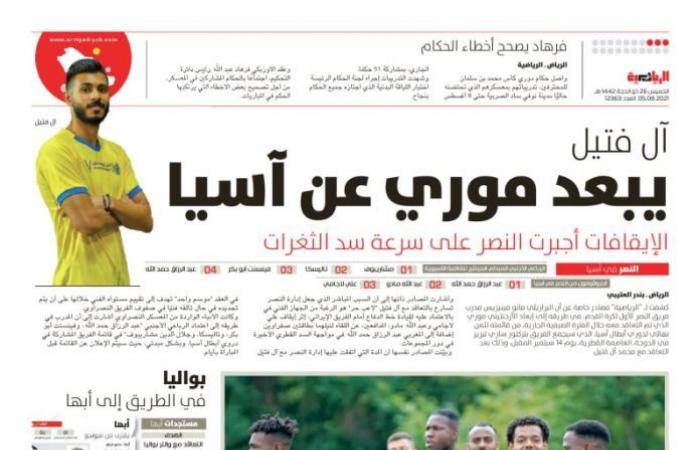 Press reports revealed that the club Saudi Abha I submitted an offer to Al-Ahly Club to agree to loan Congolese Walter Bwalya, the team’s striker, starting from the new season.

The Saudi newspaper, “Al-Riyadia”, said that the administration of Abha stipulated that the player be loaned for one season, with the clause of the priority of buying the contract in the season after the next.

The newspaper stressed that Abha signed with Congolese Prestige Mbongo, player of the Serbian team Metalac, to support the team, starting from the new sports season.

Although Bwalya managed to score killer goals during the last two matches of Al-Ahly in the league championship against El Entag El Harby and Aswan, the Red Castle officials decided to dispense with Bwalya.

The Saudi Professional League stated that the new season of the Saudi League is scheduled to start on Wednesday, August 11, with the first round ending on January 1, 2022.

These were the details of the news Reports: Saudi Abha asks to borrow Walter Bwalya from Al-Ahly for this day. We hope that we have succeeded by giving you the full details and information. To follow all our news, you can subscribe to the alerts system or to one of our different systems to provide you with all that is new.