In pictures, the tears of the “Pharaohs” after the harsh exit... 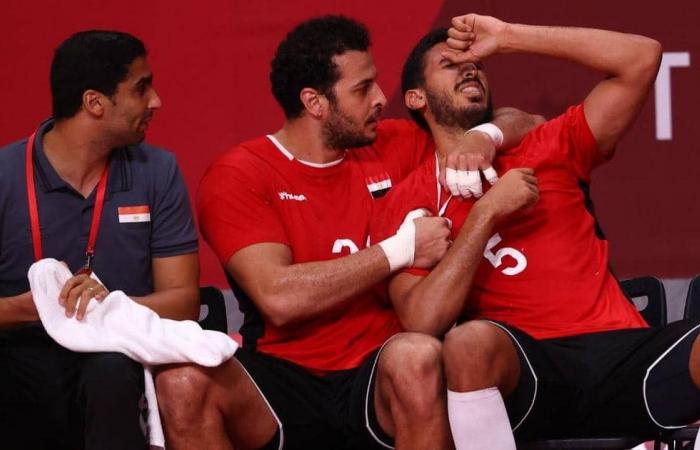 The Egyptian team bid farewell to the “golden” dream, by losing in the semi-finals of the competitions handball Against France, 23-27, Thursday.

The loss represented a bitter farewell to the brilliant Egyptian team during the tournament, which was reflected on the faces of the team’s stars after the end of the match.

The camera of the meeting focused on the tears of the young player Yahya Omar, who could not control himself and tears streamed from his eyes.

His colleague Ibrahim Al-Masry seemed to be trying hard to console him on the bench, after the “cruel” match against the Egyptians ended.

The brilliant Egyptian goalkeeper Karim Hendawy also looked collapsed, after the match, especially as he did not present the same impressive level that he presented in the quarter-finals against Germany.

A number of the other stars of the national team appeared in a state of silence and amazement, after the defeat, including the brilliant star Ahmed Al-Ahmar.

The Egyptian team will face the loser of Denmark and Spain in the bronze medal match, next Saturday.

These were the details of the news In pictures, the tears of the “Pharaohs” after the harsh exit... for this day. We hope that we have succeeded by giving you the full details and information. To follow all our news, you can subscribe to the alerts system or to one of our different systems to provide you with all that is new.