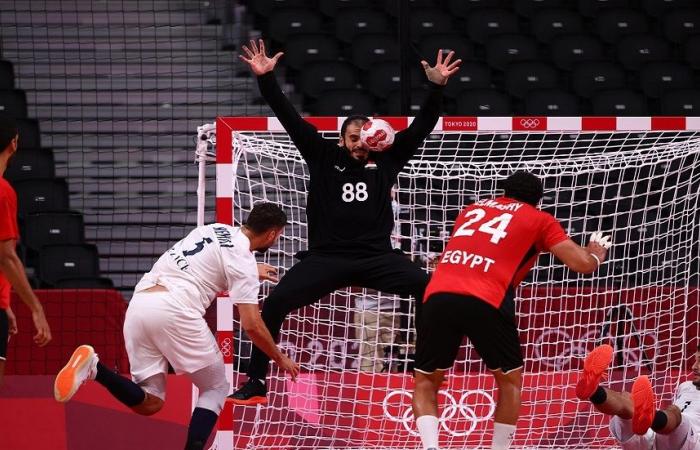 The French team ended the adventure of its Egyptian counterpart in the semi-finals of the handball competitions, within the Olympic Games currently being held in Tokyo, by defeating it today, Thursday, 27-23.

The first half ended in a tie between the two teams, with a score of (13-13), before the “roosters” team raised their rhythm in the second half and decided the outcome of the match in their favour.

The French team is playing the final match in the Olympics for the fourth consecutive Olympics, as it previously won gold in the 2008 Olympics in Beijing, and 2012 in London, while it came second and won the silver medal in the 2016 Olympics in Rio de Janeiro.

On the other hand, the Egyptian team still has a chance to win the first Olympic medal in its history when it plays the match for third place for the bronze medal on Saturday.

In the final, the French team is waiting for the winner of the confrontation that will bring together Spain and Denmark later today, while the Egyptian team, which was defeated in the aforementioned match, is waiting for the bronze medal match.

It should be noted that Egypt became the first African and Arab team to reach the semi-finals of the handball competition in the Summer Olympics, after defeating Germany 31-26 in the quarter-finals last Tuesday.

These were the details of the news The French handball team ends Egypt’s adventure in the Tokyo Olympics for this day. We hope that we have succeeded by giving you the full details and information. To follow all our news, you can subscribe to the alerts system or to one of our different systems to provide you with all that is new.