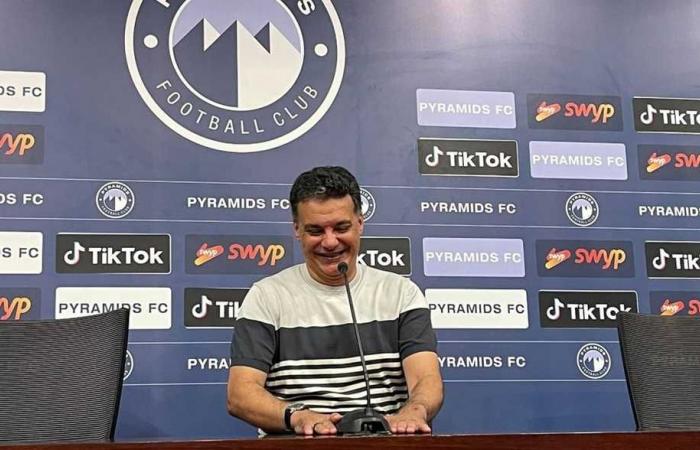 Ismaili coach Ehab Galal believes that his team’s 2-2 draw against Pyramids in the postponed match of the 25th round of the Egyptian League is a good result, according to the course of the match.

Galal said in the match press conference: “The draw is very good. We came to Cairo to win, but we played with ten players for a long time and were late in the result for a long time.”

And Galal added, “We dealt well with the expulsion of Hussein Al-Sayed in the match, and the team managed to deal well. A draw at this late time and a point is considered important in light of the difficult circumstances that his team went through throughout the match. We dealt distinctly with the expulsion.”

He confirmed, “I dealt with Takis Junias’ thinking well and I knew everything about him in the offensive and defensive form, and I was able to deal with the ways of playing Pyramids.”

He continued, “I have all the respect and appreciation for the Pyramids players, especially since he has players at the highest level and I respect him a lot.”

On the crisis of his player Abdel Rahman Magdy, he explained, “The player will attend the investigations naturally, and I am confident in his ability to get out of the crisis and deal with it, and ask him only for calm and silence to overcome this problem in the required manner.”

Read – The Football Association: Abdel Rahman Magdy was temporarily suspended due to a complaint by one of the workers at the residence hotel in Japan

Ismaily snatched a valuable point by drawing with Pyramids in an exciting scenario 2-2 in a postponed meeting of the 25th round of the Egyptian League at the Air Defense Stadium.

Takis Junias could not beat Ihab Galal, with two draws and one loss.

The Pyramids balance increased to 42 points, keeping it in fourth place, reducing the difference with Al-Masry by one point.

Ismaily rose to the tenth place with 36 points after a tie.

These were the details of the news FilGoal | News | Ihab Galal Conference: A good... for this day. We hope that we have succeeded by giving you the full details and information. To follow all our news, you can subscribe to the alerts system or to one of our different systems to provide you with all that is new.