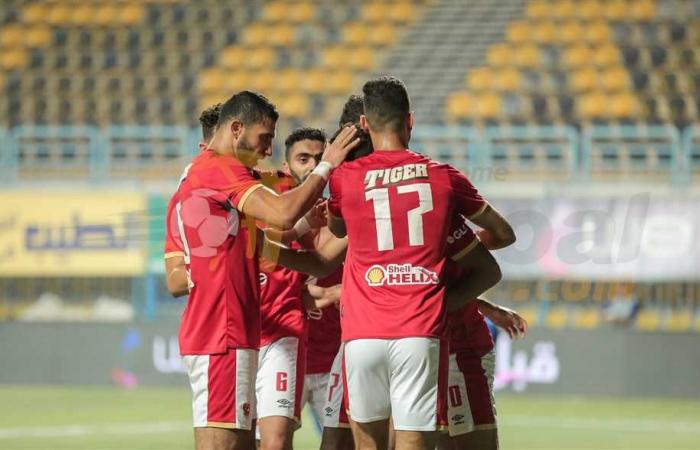 Hussein Al-Shahat and Mohamed Sharif, Al-Ahly club players, appeared in a joint live broadcast via Instagram, to clarify what some described as a dispute between them during Al-Ahmar’s 2-1 victory over Wadi Degla.

During the joint broadcast, Mohamed Sharif said: “People do not know who I was shouting at. On the field, we do not shout as players against each other. I want people to go back to the match tape and see where El-Shahat was and where I was looking during my speech.”

As for Al-Shahat, he said, “I am surprised to talk about a dispute between me and Sharif, but there are people who want us to fall. If we clash as players in Al-Ahly, we will be deducted and we will be suspended. Al-Ahly players love each other and this is what makes us succeed.”

And during Sharif’s change during the match, the television broadcast showed his anger and shouting at one of those in the stadium, what some described as a dispute between the two over an opportunity during which they did not cooperate well.

Al-Ahly defeated the Tigris in a postponed match of the 22nd round of the league. (See details)

Al-Ahly reached the 61st point equally with Zamalek at the top of the league and with the same number of matches.

The advantage of red remains in direct confrontations, which gives it the lead over white.

As for Wadi Degla, its score froze at point 23, in 17th and penultimate place.

While Wadi Deglas only goal was scored by young player Ahmed Sherif.

These were the details of the news FilGoal | News | Hussein Al-Shahat and Muhammad Sharif... for this day. We hope that we have succeeded by giving you the full details and information. To follow all our news, you can subscribe to the alerts system or to one of our different systems to provide you with all that is new.