Pyramids agree to a financial set-off with Al-Ahly in the “money”... 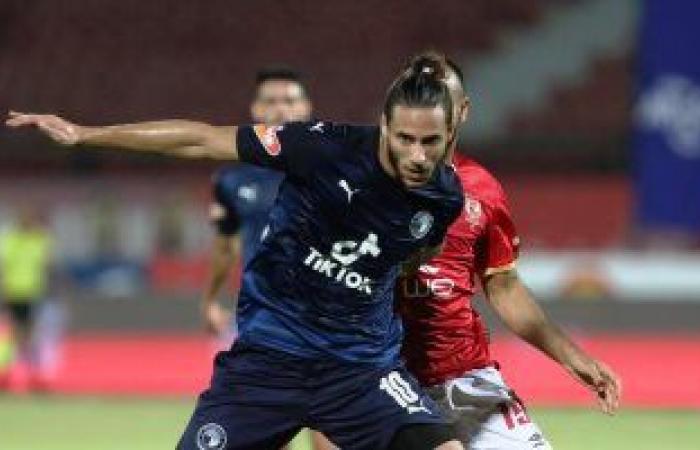 The management of the Pyramids Club agreed to Al-Ahly’s request for a financial set-off in which the dues of the heavenly club will be deducted in exchange for the additional benefits in the contract to sell Mohamed Magdy Afsha to the Red Castle with the amount of money owed to Al-Ahly in the sponsorship of Ramadan Sobhi, after the player moved to Pyramids from Huddersfield, England.

The management of the Pyramids Club thanked their counterparts in Al-Ahly for this initiative and working to resolve matters between them without taking other methods, and it is expected that an agreement will be reached on the method of settling these dues between the two clubs.

The Pyramids Club is entitled to receive 2 million pounds, the value of the incentives, in a contract to sell Afsha to Al-Ahly in return for winning the league title and the African Champions League with Al-Ahly, which is the clearing that the heavenly club welcomed to conclude with the officials of the Red Castle.

On July 31, 2019, Al-Ahly club announced its official contract with Mohamed Magdy “Afsha”, the Pyramids player, for a period of five seasons, so that the talented boy began his journey to glory and recorded his name in the history of the Red Castle after he became the maker of weddings in Al-Ahly since he wore the red shirt.

The Pyramids and Ismaili match ended in a 2-2 tie, in the confrontation that took place between them this evening, Wednesday, at the Air Defense Stadium, in the postponed meeting of the 25th round of the Premier League, in an exciting match that extended to the 104th minute, and Mohamed Farouk advanced to Pyramids and then tied Fakhr El-Din Bin Youssef for the Dervishes, then Ali Gabr returned and scored the second goal for Pyramids, then Shukri Najib equalized for the Dervishes in stoppage time from the age of the second half.

With this tie, Pyramids continues to be in fourth place with 42 points, while Ismaily is in eleventh place with 36 points.

These were the details of the news Pyramids agree to a financial set-off with Al-Ahly in the “money”... for this day. We hope that we have succeeded by giving you the full details and information. To follow all our news, you can subscribe to the alerts system or to one of our different systems to provide you with all that is new.