Al-Ahly is planning a deal from the English Premier League ..... 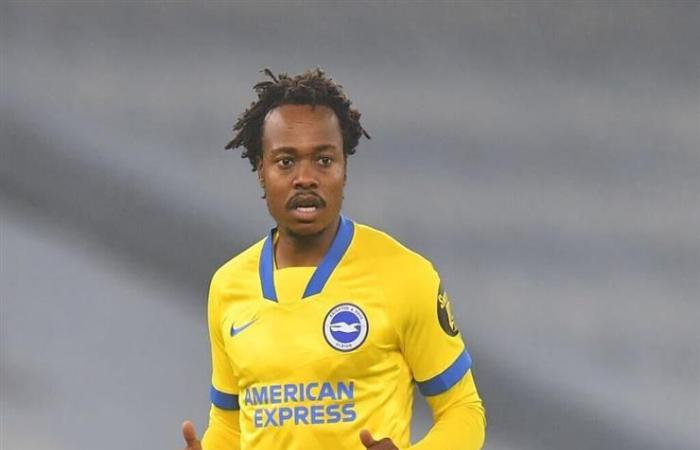 Press reports revealed Al-Ahly’s interest in the inclusion of South African Percy Tau, English player of Brighton, noting the role of South African Pitso Mosimane in developing the player when he was coaching him at Mamelodi Sundowns.

According to the English newspaper, theathletic, Pitso Mosimane, Al-Ahly’s coach, turned the 27-year-old into the biggest star in South Africa while he was at Mamelodi Sundowns.

The newspaper added that Musimani and Al-Ahly, the African champions, want Percy Tau to participate with the team in the Club World Cup in Japan next December.

Tau joined Brighton in 2018 from Sundowns for £2.8m, and the player has struggled to make an impact in the Premier League since receiving his work permit in January 2021.

For his part, Mosimane said he would of course be interested in the idea of ​​signing Percy Tau if he was available in the summer transfer market.

Musimani did not deny or confirm Al-Ahly’s negotiations with Percy Tau, and indicated that he would welcome the player if he was available, according to the South African newspaper, Soccer La Doma.

Mosimane responded to a question from the South African newspaper, saying: “I have a good relationship with Percy Tau.”

He added: “If he is available, why not? And also does he want to return to Africa? Can we afford the financial value that his club Brighton will ask for, as well as the player’s personal requests?”

“If we succeed in these things here, I will have a very big interest in the player,” Mosimane concluded.

It is noteworthy that Percy Tau played six matches with Brighton in the English Premier League and the FA Cup, and played on loan in Belgium with Royal Union Saint Helena, Club Brugge, and Anderlecht.

These were the details of the news Al-Ahly is planning a deal from the English Premier League ..... for this day. We hope that we have succeeded by giving you the full details and information. To follow all our news, you can subscribe to the alerts system or to one of our different systems to provide you with all that is new.