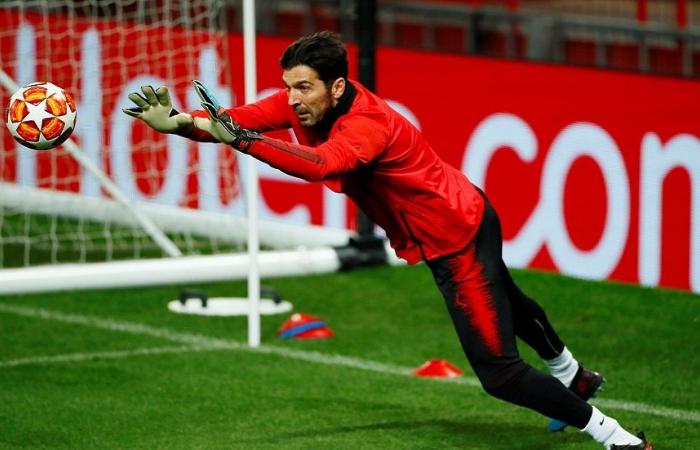 Legendary Italian goalkeeper Gianluigi Buffon confirmed that he still has high agility and great ingenuity in stopping balls and defending his lair despite his advanced age and reaching the age of 43.

Thesun newspaper published a video of Buffon saving his new-old team, Parma, from receiving a goal during a friendly match against Sassuolo, in preparation for the start of the new season.

In the 46th minute of the match, one of the Sassuolo players slipped from the right side, before sending a cross that settled in front of striker Francesco Caputo, who shot it from inside the penalty area strongly, but Buffon saved it brilliantly, before the ball returned to the striker who failed to control it, She hit his head to get Buffon up and grab her with ease.

Despite the brilliance of Buffon in this shot, his team was defeated 0-3.

Buffon, who won the World Cup with Italy in 2006, returned this summer to defend his first club, Parma, 20 years after his departure.

The veteran goalkeeper signed a two-year contract with the club that was relegated to the first division in the 2020-2021 season, after he decided to leave Juventus, which he played for 20 years.

These were the details of the news At the age of 43.. Buffon saves his new team from... for this day. We hope that we have succeeded by giving you the full details and information. To follow all our news, you can subscribe to the alerts system or to one of our different systems to provide you with all that is new.