Ibrahim Nour, as a referee for the Al-Ahly and Tigris match..... 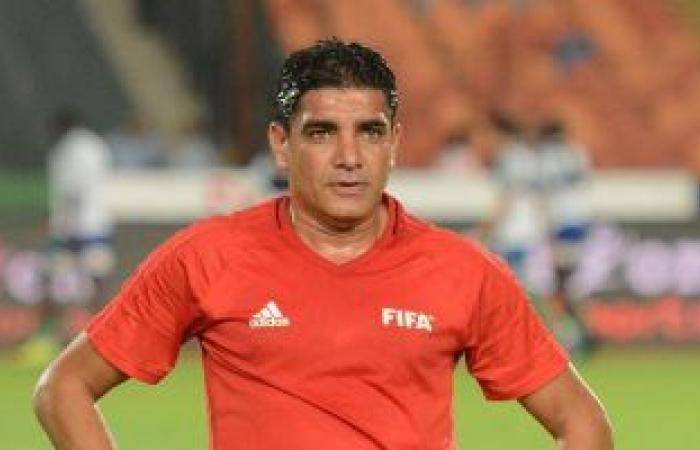 The Referees Committee of the Football Association chose referee Ibrahim Nour El-Din to manage the Al-Ahly and Wadi Degla match, scheduled for tomorrow, Tuesday, at Al-Teach Stadium, and scheduled to be held at nine in the evening, tomorrow, Wednesday, at the “Al-Ahly” stadium. we Peace”, which is postponed from the 22nd week of the competition.

The committee also chose the international referee, Jihad Greisha, for the match between Ismaili and Pyramids, which is scheduled for seven in the evening tomorrow.

The first football team of Al-Ahly Club concluded its training this evening, Tuesday, at Al-Teach Stadium, in preparation for the Wadi Degla match in the Premier League, which is scheduled to be held at nine in the evening tomorrow, Wednesday, at the “Al-Ahly” stadium. we Peace”, which is postponed from the 22nd week of the competition.

Before the start of Al-Ahly’s final training session, the players and the technical staff conducted a medical swab, according to the medical procedure followed to check on everyone’s condition, and then Pitso Mosimane, Al-Ahly’s technical director, held a video lecture with the players, before the team went through a light physical training session, and then the technical staff trained Players are given the tactical part they wish to implement during the match.

Al-Ahly is scheduled to face the Ceramica Cleopatra team, next Saturday, August 7, and then Ismaili, on Wednesday, August 11.

After that, Al-Ahly will face Enppi on Saturday, August 14, then Tala’a El-Gaish, on Tuesday, August 17, and then Al-Masry, on Friday, August 20, with the Al-Ahly match against El-Gouna on Sunday 23 and 24 August, and Al-Ahly will conclude its matches in the league competition. Premier League, facing Aswan, scheduled for Sunday, August 26 and 27.

These were the details of the news Ibrahim Nour, as a referee for the Al-Ahly and Tigris match..... for this day. We hope that we have succeeded by giving you the full details and information. To follow all our news, you can subscribe to the alerts system or to one of our different systems to provide you with all that is new.