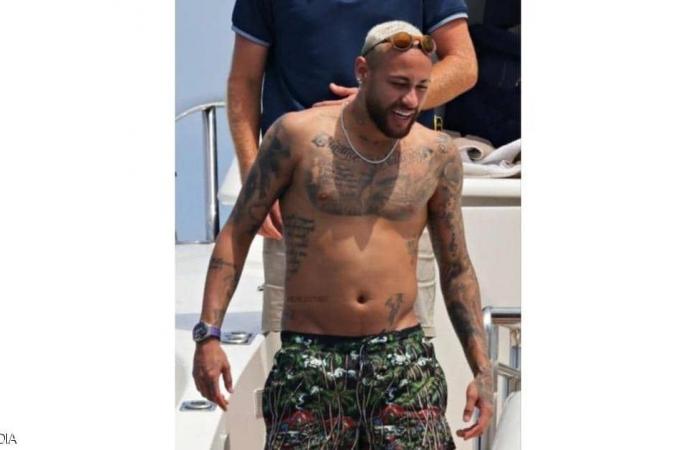 ودا Neymar We are fat and have “Kersha”, in pictures taken of him while enjoying the holiday after the end of the “Copa America” ​​championship, which Brazil lost in the final at the hands of Argentina.

According to Radio “Monte Carlo”, fans of Paris Saint-Germain They are concerned about the images of the star of the team, who moved to the French capital in the summer of 2017 for 222 million euros, in the largest deal in football history.

Fans have compared Neymar’s appearance to his retired compatriot Ronaldo, who gained a lot of weight at the end of his football career, and some commented that Neymar would catch up with him, even though he is now only 29 years old.

But French press reports said that Neymar may not take long to get rid of the extra kilograms, when his vacation ends and he returns to the Parc des Princes again.

The new season of the French League begins on Saturday, and Paris Saint-Germain will visit Troyes in the first stage, Sunday.

These were the details of the news The shocking picture .. Neymar’s “crunch” worries Saint-Germain fans for this day. We hope that we have succeeded by giving you the full details and information. To follow all our news, you can subscribe to the alerts system or to one of our different systems to provide you with all that is new.