Mohamed Magdy bids farewell to the shot put qualifiers at the... 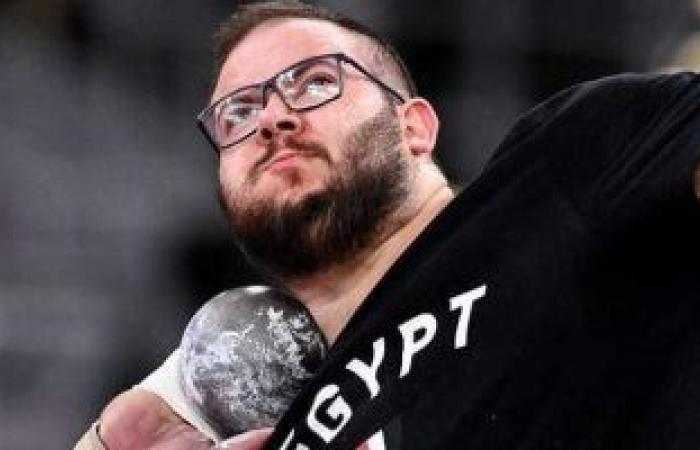 Mohamed Magdy, the athletics player, bid farewell to the shot put qualifiers in the Tokyo 2020 Olympic Games, and Magdy achieved a distance of 19.82 in the third attempt and fell to 12th place in his group, and Mohamed Magdy had failed in the second attempt to fall to fifteenth place.

While Mohamed Magdy achieved a distance of 19.33 meters in the first attempt in the eleventh place, the first 12 players from the two groups or those who exceed the distance of 21.2 meters qualify.

Meanwhile, Athletics champion Mostafa Amr qualified for the shot put final at the Tokyo 2020 Olympic Games, after surpassing the qualifying record and achieving a 21:23 metres.

Today, Tuesday, the Egyptian competitions in Tokyo witnessed the loss of Mohamed Mostafa Metwally, the player of the Egyptian wrestling team, from his opponent, the Hungarian player, ranked first in the world, Victor Lawrsens, 9-2 in the 87 kg weight category in the semi-finals, to play for third place and the bronze medal tomorrow.

Mohamed Ibrahim Kisho, a player for the wrestling team for Egypt, lost to his Ukrainian competitor, Nasipov Parsev, in the 67-kg weight category, in the final file of the tournament, to lose the chance to win the silver or gold for the Egyptian delegation at the Olympic Games to be held in Tokyo.

The wrestler Muhammad Ibrahim Kisho succeeded in defeating Karen Aslanian, the champion of Armenia, in the quarter-finals of the 67-kg Roman Wrestling category, to qualify for the semi-finals of wrestling.

The wrestler, Muhammad Ibrahim Kisho, player of the national team, succeeded in defeating Hansoo Rayo, the South Korean champion, 7-6 in the final price of the 67 kg Roman wrestling competition.

These were the details of the news Mohamed Magdy bids farewell to the shot put qualifiers at the... for this day. We hope that we have succeeded by giving you the full details and information. To follow all our news, you can subscribe to the alerts system or to one of our different systems to provide you with all that is new.